Joe Root enters his name for IPL 2023 auction; Aakash Chopra feels he is the next SRH Captain

SRH have released Kane Williamson before the auction and will be therefore be looking for a skipper. 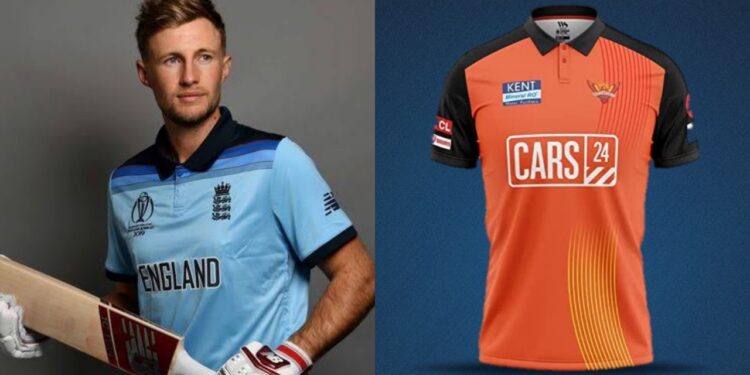 England batsman Joe Root will be entering the IPL 2023 auction on December 23 in hopes of being a part of the grandest T20 league for the first time in his career.

This will only be the second time that Root goes under the hammer; his first attempt coming in 2018 where he had remained unsold.

Root understands his fate may not change this time around and has no issues being unsold. He is also comfortable with low wages and is just looking to have a sighter of Indian pitches ahead of ODI WC 2023, ESPN Cricinfo reports.

Odds of Joe Root being on the bucket list of IPL franchises are low, with the 31-year-old having played his last T20 international in May 2019.

However, former Team India cricketer and commentator Aakash Chopra feels he is set to be gobbled up by Sunrisers Hyderabad (SRH).

Here’s a tweet of Chopra linking Joe Root with SRH ahead of the IPL 2023 auction:

Has #SRH already spoken with him? pic.twitter.com/J2caVM09lB

Interestingly, Kane Williamson –who served as Sunrisers skipper last season– was released into the auction pool after disappointing both as batsman and skipper.

Joe Root can fill in the sheet anchor and captain’s slot up for grabs after the departure of Kane Williamson from 2016 IPL winners’ camp. Moreover, his prowess against spin-bowling (which helped him dominate the 2016 T20 WC held in India) and part-time offspin bowling can be useful on Indian pitches.

Not just SRH, but other IPL franchises (KKR, GT) looking for a solid top-order bat might opt for Joe Root.

Root has made just 11 T20 appearances since 2021 and hopes to experience the phenomenon in upcoming times:

“I always used to get rested for the T20Is and I feel like I got alienated from the format because I had not played enough of it. Now, the next couple of years might be a good time to explore playing a little bit more of that format. See how far I can take that side of my game”.