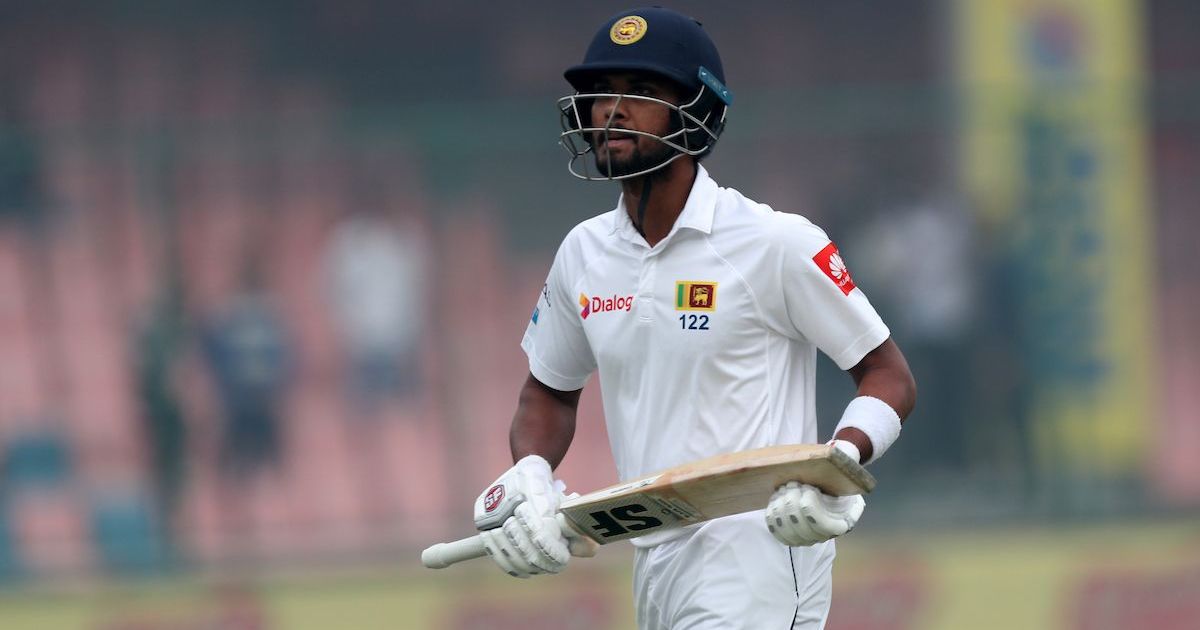 The second Test match between England and Sri Lanka witnessed quite a banter amongst the players. Players from both the teams were at each other’s throats trying to divert the mind of their opponents. While Dickwella made some nasty comments against the English batsmen, the English skipper Joe Root was no far behind as he went on to ask Chandimal to get out.

Joe Root was in scintillating form during the two-match series as he scored a whopping 426 runs with a double hundred in the first match and a century in the second match to his name. Team England gave an all-round performance in both the matches and fittingly won the series. Apart from brilliant performances of the English players, what intrigued the viewers was the exchange of words between the players of the two teams.

Joe Root asks Chandimal to get out

In England’s first inning Sri Lankan wicketkeeper Niroshan Dickwella made some really harsh comments against the English players especially Bairstow who has been rested for the upcoming series against India. Dickwella even commented on English players’ inability to tackle spin bowling. The English skipper Joe Root tried to payback in the second inning of Sri Lanka when he sledged Dinesh Chandimal.

The Sri Lankan batting line-up gave a dismal performance in the second inning as they were bundled out for just 126 runs. They lost their top four batsmen for just 37 runs after which Chandimal came to the crease. Joe Root kept asking Chandimal to throw away his wicket and to everyone’s surprise and hilariously enough, the latter got out on the very next ball.

England whitewashed Sri Lanka in the two-match series and their next assignment is against India. England will be touring India for 4 Tests, 5 T20Is and 3 ODIs and the tour will start from 05th Feb in Chennai where the two teams will go up against each other in the first Test.