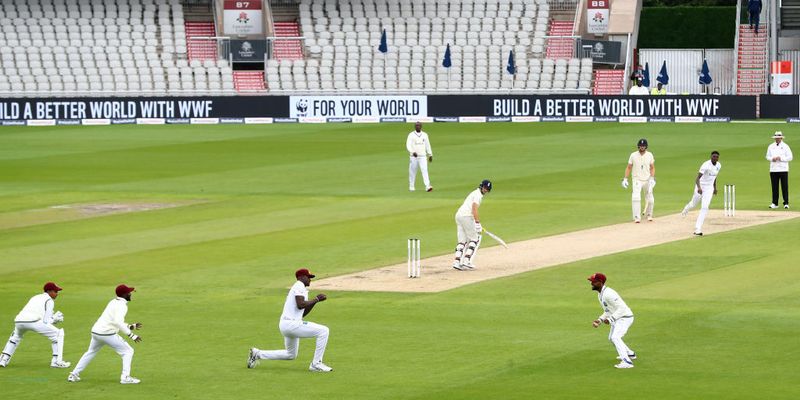 Joe Root came into bat at no. 4, after Z. Crawley was dismissed on a duck by Roston Chase. This was a double blow for England. Joe Root steadied the ship by stitching a 52-run partnership with Dom Sibley before getting out on a certain no-ball.

In the 32nd over of the first innings of England’s batting, Root went on to play a cover drive which edged and went straight to Jason Holder at second slip. However, the decision didn’t go down well with the fans, as they noticed the ball Root got out on was a back-foot no-ball.

After the dismissal of Root, fans flooded the social media expressing their displeasure on the decision. They just couldn’t help but notice that Joseph’s back foot was touching the return crease when he got the wicket of Root.

A big wicket for the tourists. 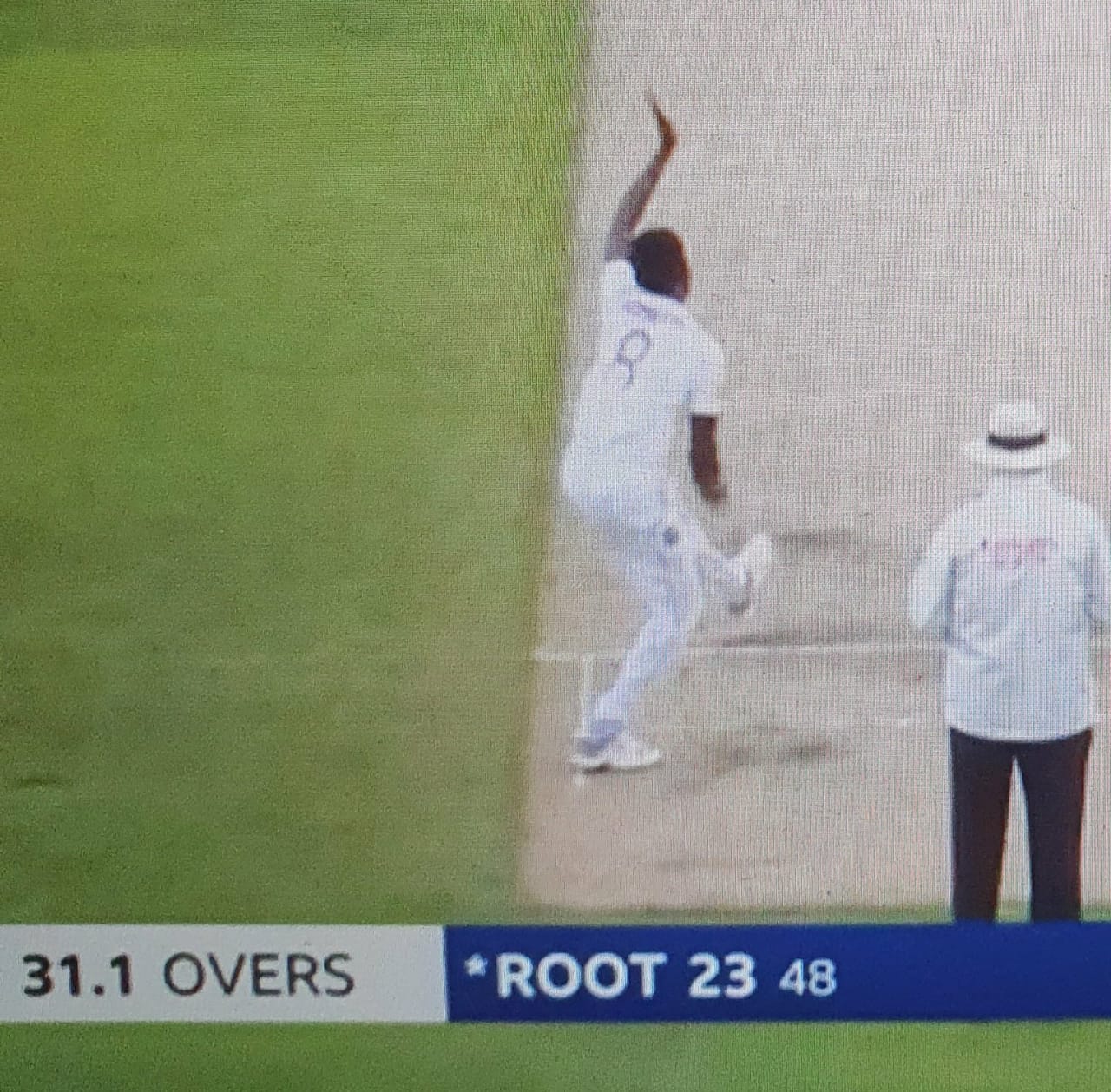 The law 25.5.1 of MCC’s Laws of Cricket says that the bowler’s back foot must land within and not touching the return crease when a bowler is delivering the ball. In Root’s case, it was evident that Joseph’s back foot crossed the return crease and the delivery should have been called a no-ball.

The umpiring in the series hasn’t been up-to-the-mark and this is another incident that throws light on the constant umpiring errors. The decision could really affect England’s score as we all know what Root is capable of, once he is set.

@SkyCricket
Was Root out, caught behind by Holder??? But, didn’t the bowler break the return crease with his back foot!!! Is this not a no ball???

Joe Root out to a back foot no ball

Has root not just been got out from a back foot no ball? #ENGvWI

After the end of the first day’s play, England is in a solid position scoring 207 runs with the loss of only three wickets. England lost R. Burns, Z. Crawley and Joe Root by the end of the day’s play. Opener D. Sibley is still on the crease with 86 runs. Roston Chase took two wickets while Alzarri Joseph claimed one scalp for the showing.