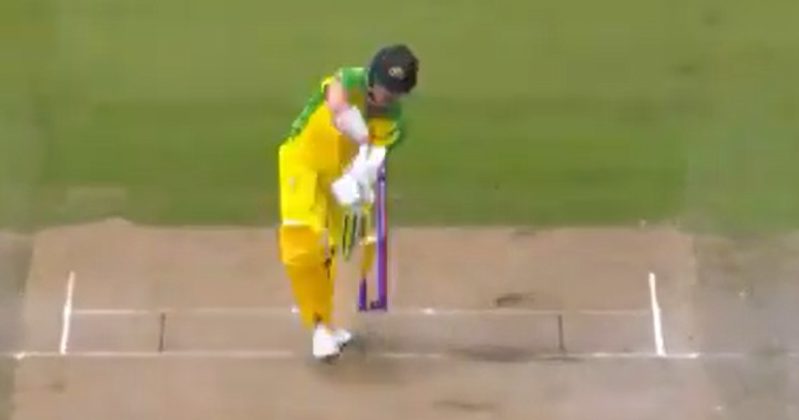 Jofra Archer appears to be in red-hot form in the ongoing series against Australia, especially against the star Aussie batsman David Warner. Archer has been giving a tough time to Warner as he has been continuously asking him questions through his bowling. Warner fell to Archer’s stunning delivery in the ODI series opener.

David Warner, who didn’t have a very good Ashes series would have been hoping to start the ODI series on a good note but it wasn’t to be as Jofra Archer got the better of him. ODIs are the most preferable format for David Warner and his record speaks for itself however, in the first ODI, Archer made Warner’s stay on the field rather troublesome.

This is not the first time Archer has troubled Warner though. Even in the second T20I, Archer bowled a gem of a delivery to the Aussie batsman which made him go ‘oh Jof’. It looks like Archer is making it a habit to cause problems for David Warner. The ‘Nostradamus’ of cricket had given away seven runs in the first over but came back very strongly.

Archer bowled in a delivery that pitched up around the middle stump, but it was the late movement that got the batsman on all fronts. Warner tried to defend the ball but the late movement took the ball slightly away and hit the off stump to send Warner back into the pavilion.

Warner looked in amazement as his short stay on the crease came to an end. The left-handed batsman will have to wait for another match to make his mark and get back in the form. Though Warner couldn’t perform well with the bat, his team went on to win the first ODI by 19 runs and they take a 1-0 lead in the three-match series.