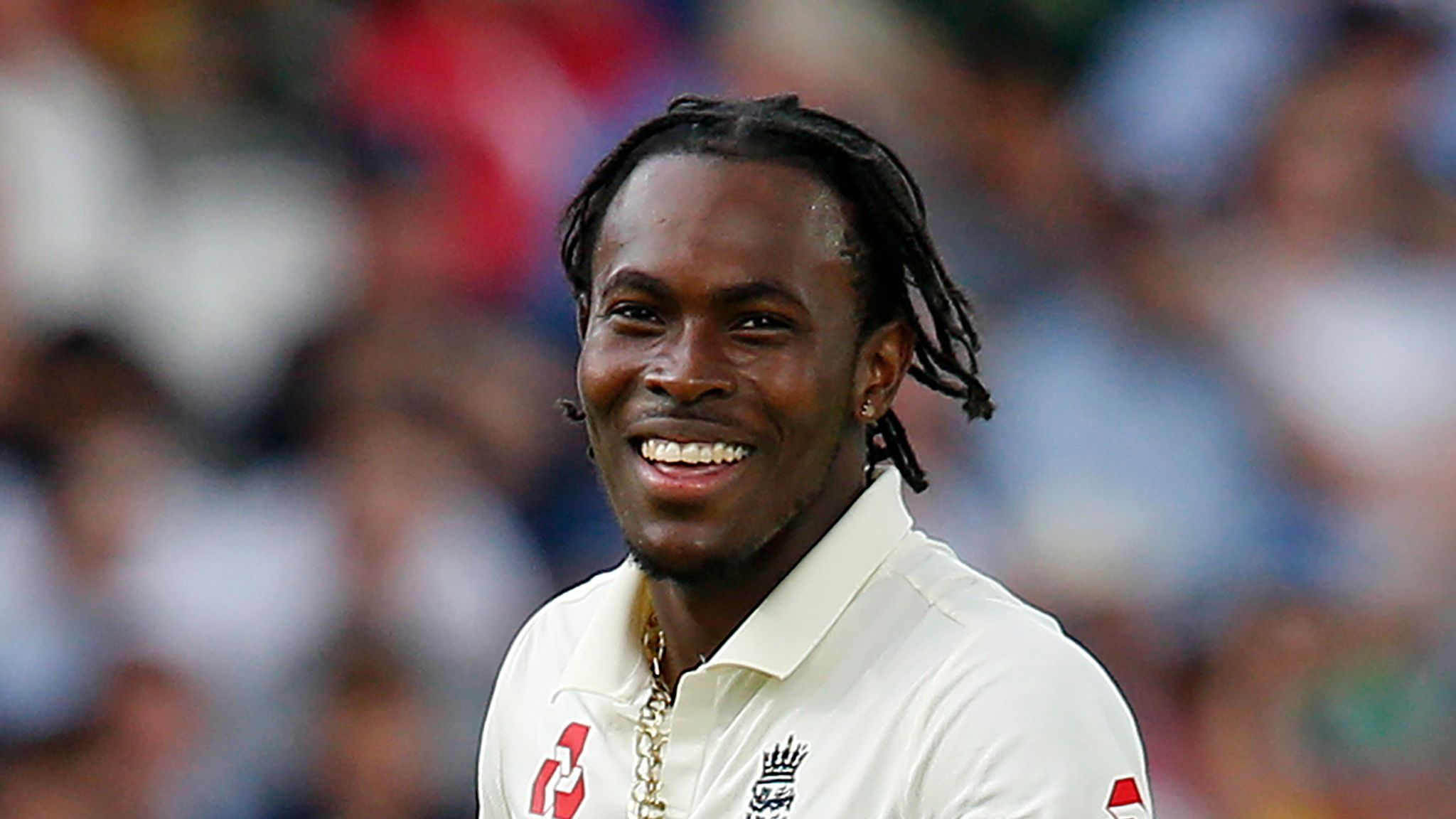 England pacer Jofra Archer was in the news, again! This time, although not controversial, he bowls a fan over with a fitting response to his tweet. A Twitter user who had tagged Archer to a post which had an image of a bikini-clad female in a bathing shower, with a caption – ‘Show Something More Beautiful Than A Female’s Body’.

Archer’s spontaneously response was well received by his fans and perfectly suited.

Show me something more beautiful than a female’s body https://t.co/m0AnC8RvcI

Twitter User Prompts Archer’s Fitting Response
Jofra Archer who is part of the England squad for the ongoing test series against the West Indies was dropped for a game after breaching the lockdown protocols that have been in place. Besides playing, Archer has been active on social media through constant engagements with his fans. Recently, a twitter user prompted Archer into delivering a fitting response to a post. In his response, Archer re-tweeted an image of a ball dislodging the stumps; a delightful sight for any pace bowler. A rather witty take from Archer on this one.

Off Color Against The West Indies
Archer had an unforgettable turnout in the test series against the West Indies. He also served a one-match suspension for breaching lockdown protocol that was in place for the players. Archer finished the three-match series with four wickets; something that he’d definitely look to improve on.

Eyes On The Pakistan Series
Jofra Archer will be part of the squad which is to square off against the visiting Pakistan team in the three-match test series. However, with the likes of Broad, Anderson, Woakes and Wood in prime form, Archer will have to fight it off for a place in the playing XI. And, at the same time, keep his twitter posts coming in….or rather come steaming in!