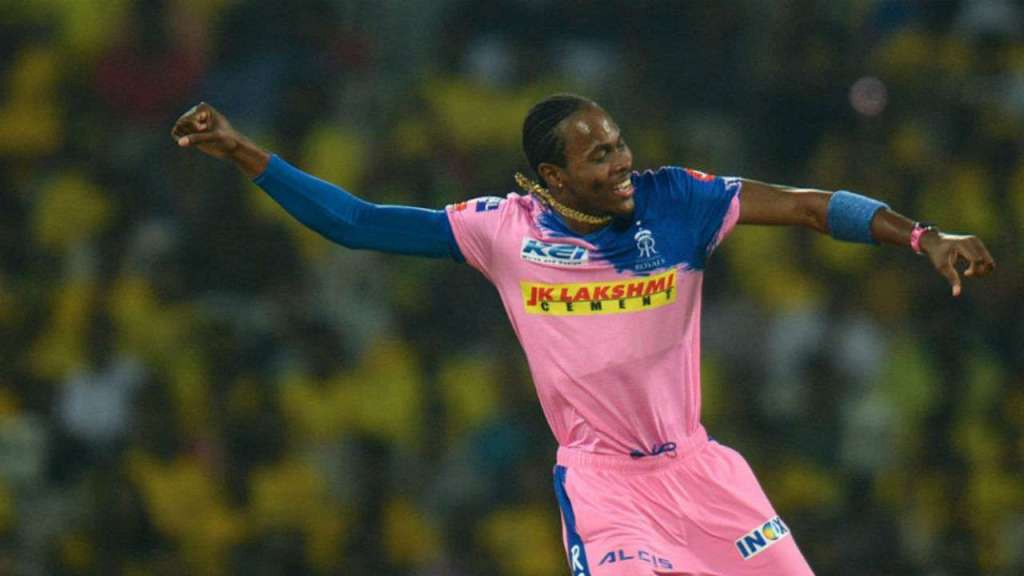 Rajasthan Royals pacer Jofra Archer made the Kings XI Punjab payback for their earlier tweet that mocked his bowling spell (Archer’s figures read 4-0-46-0). Archer’s four-over spell was the most expensive among the Royals pacers, and also conceded the most number of hits to the boundary. But when he got a chance to bat, Archer contributed with a valuable 13 runs off 3 balls (which included two sixes).

Kings XI Punjab Mock Jofra Archer
In their game against the Rajasthan Royals, the Kings XI Punjab batsman went on a scoring spree, smashing the Royals bowling to all parts of the ground. Pacer Jofra Archer too was at the receiving end of it. By the end of the innings, Archer had conceded 46 runs off his 4 over. And this was highlighted, when the Kings posted Archer’s figures on the twitter account. Mocking the pacer, the tweet read – ‘You don’t see something like this from someone like Jofra Archer so often.’

Archer Hits Back At Kings XI Punjab
Was it too early for the Kings XI Punjab to mock Archer? At the end of the day, Archer though had the last laugh. His team chased down a record score in the Indian Premier League (IPL), to mark one of the most remarkable comebacks in cricket. Archer had his own share of the pie when he came in to bat. Two huge hits by Archer rubbed further salt in the KIXP wounds, after the initial damage was done by the top-order batsmen.

After the match, it was Archer’s turn to take social media and hitback at the Kings XI Punjab. Archer’s response read – ‘Well this aged well’. For sure, it’ll silence the Kings XI for their actions.

Rajasthan Royals Pull Off Record Run Chase
In an epic turnaround, the Rajasthan Royals recorded a shocking win by defeating the Kings XI Punjab. Chasing a daunting 224 runs to win from 20 overs, the Royals hung around through contributions from skipper Steve Smith and Sanju Samson but seemed to have lost their way towards the end. An almost impossible ask of 53 runs from the last 3 overs became a mere formality by the end of the day. The Royals chased down the score with 3 deliveries to spare. A record run chase in the IPL!

Jofra Archer’s two huge hits at the end brought the equation even closer in favor of the Royals. Rightfully, he made them pay for mocking him on his bowling figures.