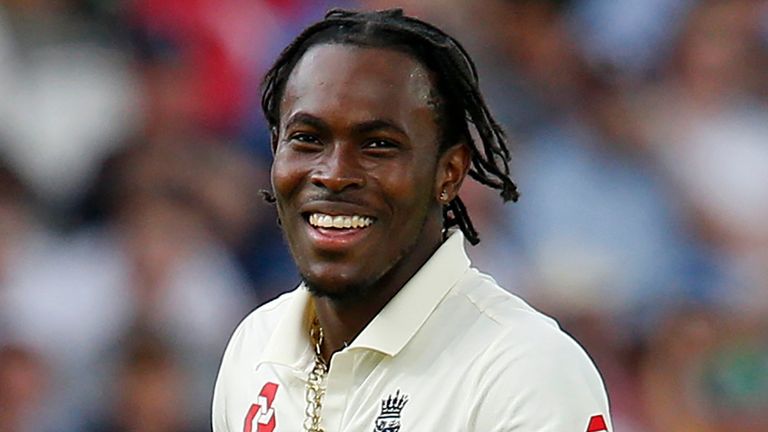 In just a span of two years, Jofra Archer has become one of the deadliest bowlers in international cricket. With his immaculate pace and swing, he can trouble any best batsman in the world. He has been a great revelation for the English team for sure. He is also known as ‘Nostradamus of Cricket’ as his tweets often prove to be true.

Jofra Archer’s performance in the 2019 Ashes won him many accolades. The England-Australia Ashes rivalry saw one more chapter added to it in the form of Archer and Steve Smith. Australia was the dominant team in the series, but Archer turned out to be a troublemaker for the Australian batsmen with his accurate bowling.

Jofra Archer takes down a troll

Jofra Archer is very active on social media, especially on Twitter. He keeps posting different stuff and keeps his fans engaged. His tweets are often hilarious and witty and fans seem to enjoy them a lot.

Now, Archer has taken down a fan who tried to troll the fast bowler. The troll tweeted, “6 balls I score at least 10 run? Bet ?”

Jofra Archer came up with a savage reply to the challenge as he wrote, “You have a son to live for bro.” The tweet by Archer is undoubtedly hilarious and the troll will think twice now before trolling Archer again. Archer has been providing his services for his IPL franchise Rajasthan Royals in the ongoing season of IPL.

You have a son to live for bro https://t.co/auqEnI5LOe

Though his team has been eliminated from the tournament, his performance was up to the mark. Archer picked up 20 wickets in the 14 league matches that he played. Archer didn’t get the much-needed support from the other end and his team couldn’t qualify for the playoffs. They ended up at the 8th position with 12 points in 14 matches.