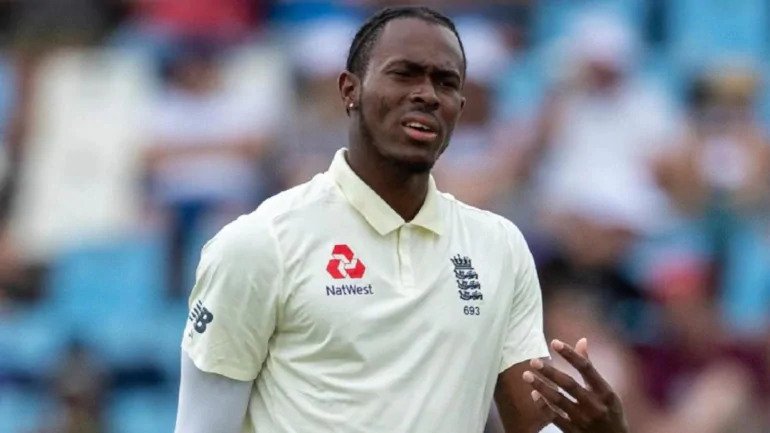 England pacer Jofra Archer is back in the limelight, although not for his cricket but for his social media antics on Twitter. Fans have even linked some of his older tweets to being mere accurate predictions of present day events. Recently one of his old tweets (dated July 17, 2014) – “Rhea and tessale.” resurfaced and left Netizens hilariously trolling the England pacer.

Jofra Archer’s Tweet Linked to ‘Rhea Chakraborthy’
Its been over two months now and the sudden death of Bollywood actor Sushant Singh Rajput has still been making the news. A number of celebrities associated to the actor have been called in for questioning by the CBI (who has been assigned the cases over Mumbai Police). One person who has been part of the probe and ‘linked’ to the controversial death is Sushant’s costar and girlfriend Rhea Chakraborthy.

With Rhea’s name being in the news almost every day, Netizens saw in it a hilarious opportunity to start trolling. Somehow an older tweet by England pacer Jofra Archer which had the mention of the term ‘Rhea’ resurfaced, leaving Netizens in a frenzy.

Archer’s Post Gets Hilarious Responses
Claiming that Archer has got some modern day predictions correct through his tweets, fans dug into his old posts and came up with something that spiraled into a hilarious banter by fans. One of the tweets even asked him as to when does he see Indian skipper Virat Kohli become a father?

Archer’s Lean Patch Continues
Jofra Archer is having a summer to forget for the England pacer seems to be going through a lean patch at the moment. After having a mediocre series against the West Indies, Archer is still finding to add to his wickets tally against Pakistan. In the ongoing series, he has accounted for only 4 wickets (all of which came in the first test).

Well, fans would definitely want Archer to fire with the ball as well, as do his ‘predictions’….errr tweets!