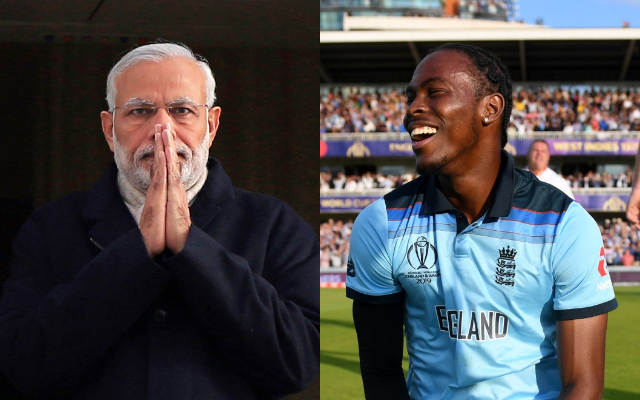 Jofra Archer’s Old Tweets Once Again In The Headlines After PM Modi Urges Nation To Light Up On April 5: English pacer Jofra Archer is not only known for his bowling skills but since a long time, he is also known for his old tweets which are eerily similar to what is happening across the world. And now this time his old tweets are linking the things which are going to happen in India on April 5. As you all know that Indian Prime Minister Narendra Modi on Friday urges the nation to light up on April 5 at 9 PM for 9 minutes.

Meanwhile, Jofra Archer’s old tweets are getting viral over the internet platforms which are linking the same incident. This is not for the first time that Jofra Archer’s old tweets get viral in the Corona Virus Pandemic. Earlier on 23rd March when Indian Prime Minister Narendra Modi announced the lockdown in entire India. And surprisingly, Archer had previously tweeted, ‘3 weeks at home ain’t enough‘ in October 2017 itself.

Now once again Jofra Archer’s old tweets are making round on the internet platform after PM Modi Urges the nation to light up on April 5. Actually, there are four old tweets of English bowler which are resembling Modi’s challenge on Sunday.

First Tweet: Archer first tweet is resembling Modi’s challenge to flash the lights. “Tell her I be looking for her with a flashlight.”

Second Tweet: Archer’s second tweet can be relatable with lighting up the Diya, Flashlight or Torch at 9 PM for 9 minutes. “9 from 9”

Third Tweet: Jofra Archer’s one more old tweet which is relating the things with the present situation, “Light it up” 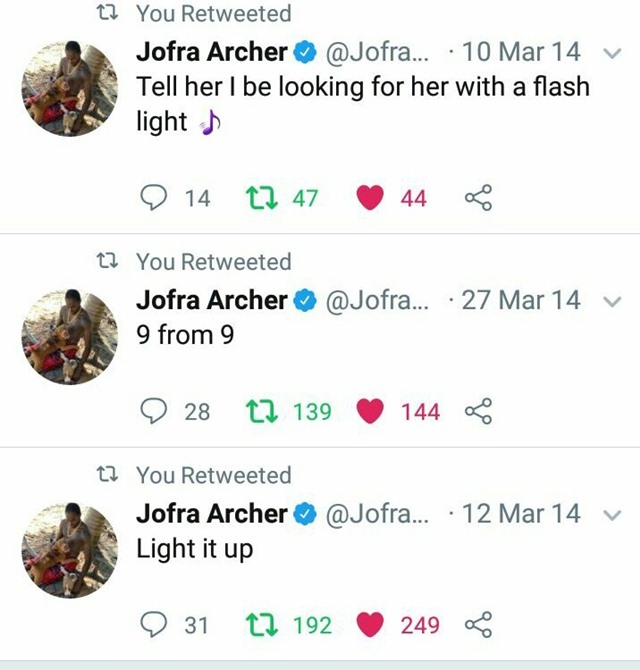