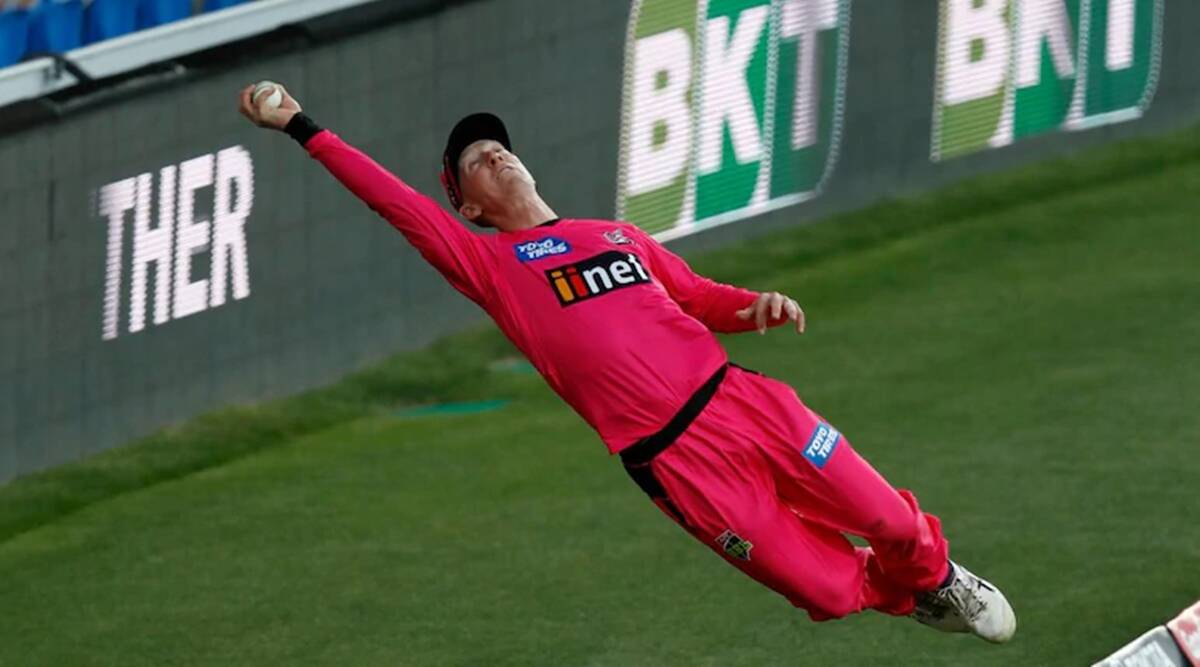 The level of fielding in cricket is on an all-time high in the modern era. These days, being agile on the field is as important as batting or bowling, if not more. A bowler’s task gets easier when he is ably supported by the fielders. The advent of T20 leagues around the world has only taken the level of fielding a notch higher. The cricket lovers witnessed a brilliant show on the field by Jordan Silk in the first match of Big Bash League 2020-21.

The 10th season of the Big Bash League kicked off from December 10 with the match between Hobart Hurricanes and defending champions Sydney Sixers. The tournament will go on for almost 2 months and will end with the final on 06th Feb 2021. Hobart Hurricanes started their campaign on a winning note earning 3 points.

While Hurricanes won the match, there was one player from Sydney Sixers who grabbed the eyeballs. Jordan Silk, with a spectacular save for his team, made heads turn and blocked a certain six. Sixers won the toss and opted to field first and the save from Jordan Silk came on the last ball of the 15th over. Colin Ingram was facing Steve O’Keefe and hit the short delivery by the spinner for what looked to be a sure-shot six.

Before the ball could go over the ropes, Jordan Silk put in a jaw-dropping dive, grabbed the ball and threw it inside before falling over the ropes. The players and the fans were stunned to see such a save. Unfortunately, Sydney Sixers couldn’t achieve their target of 179 losing the season opener. At one point, they looked pretty sure to win the game, courtesy the century partnership of Vince and Edwards but they faltered after that and ended up on the losing side.

Jordan Silk producing this magic in the field for Sydney Sixers!

As good a piece of fielding as you’ll see on the rope 👏#BBL10 pic.twitter.com/fnAtpvi3aD