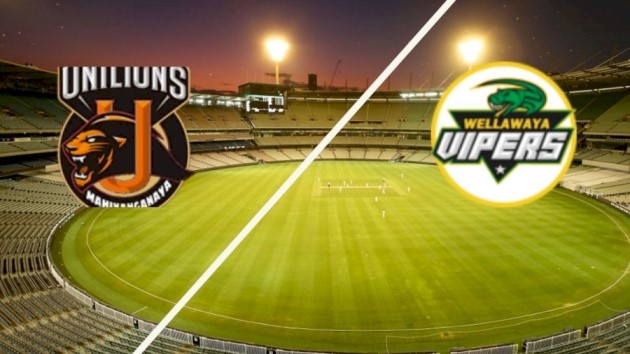 UVA T20 League which was the second Sri Lankan tournament to get called off only after the first two matches has found itself in another controversy. It was a league from Sri Lanka and organized by UVA Cricket Association. Although, it has now been surprisingly reported that the matches were played at a ground in Sawara village, 16 kms from Chandigarh off Punjab State Highway.

Additionally, there were no Sri Lankan players and some unknown players in Punjab played with their masks on wearing colourful and numbered jerseys. The tournament got publicity as a Sri Lankan league and it was even told that the likes of Farveez Maharoof, Ajantha Mendis, Dasun Shanaka and Tilakaratne Dilshan were all set to play. However, Maharoof refuted all the rumours of him playing in the league with a tweet.

UVA Cricket Association has now come out and has confirmed to Indian Express that they didn’t organize any such tournament. Also, Badulla Cricket Ground didn’t host any match, rather the game was covered live by Fancode whose parent company Dream Sports has Dream11 as one of its sponsor. In fact, Dream11 was the sponsor of the league while one of the cricket websites ran a live scorecard.

“I can categorically assure you that no such tournament was approved or held by our association. We are investigating this matter and are in talks with Sri Lanka Cricket and other relevant authorities,” UVA Province Cricket Association (UPCA) assistant secretary Bhagiradhan said.

Fancode Spokesperson also made it clear that they have a strict process and even reported that the documents submitted were probably forged. He also added that they only come to know about it after SLC’s legal team reached out to them on the first day of the tournament.

Everything was vague about the matches

Even during the commentary, the commentators refrained from taking any names and only referred to players as ‘he’, ‘someone’ etc. Even the camera angles were adjusted in a way that the face of the players were not clearly visible. The ground where the match was actually played is owned and administered by Strokers Cricket Association.

Even the ground officials were not allowed

An official of the association stated that the ground was booked and they weren’t even allowed inside. “I don’t know about any UVA T20 League. One of my friends took the booking for the matches on Monday. “Even we were not allowed inside. They had blocked the view with tents around the ground,” Rinku Nehra, an official of Strokers said. Police is now looking into the matter and will take the action. “We came to know that they were holding the matches using Sri Lanka’s name, we shall take necessary action after the inquiry,” SSP Chahal said.