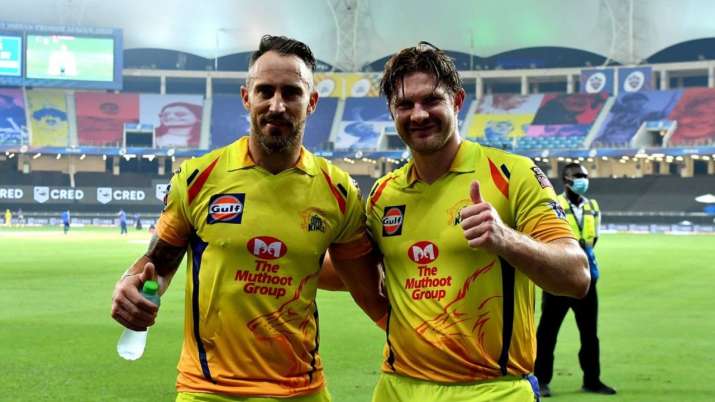 Cricketers seem to be having a knack of foreseeing things, or we’d rather say fans are co-relating it to be mere predictions. All this while, it’s been England pacer Jofra Archer whose past social media have turned out to be close predictions of match outcomes. Just like Jofra Archer, Shane Watson too seemed to have got his match prediction right which he had tweet a week back.

Shane Watson Lives Up To His Tweet
After a poor start to this season’s Indian Premier League (IPL), the Chennai Super Kings (CSK) were looking to get back to winning ways. The stage for a positive result was set when Shane Watson tweeted about a perfect game for the Chennai Super Kings was around. The opener lived up to his words and delivered a match-winning performance to notch up only the second win for Chennai in this campaign.

Watson Pulls Off a Jofra Archer Styled Prediction
Well, fans could were all praised of Shane Watson as the Aussie literally delivered what he had mentioned. It is quite a delight for the player and the fans when an outcome churns out exactly as it was ‘predicted’. This is something fans have noticed with England pace bowler Jofra Archer’s social media posts. And now, Shane Watson is in line with the same.

Watson Sets Up Comfortable Win
After restricting the Kings XI Punjab to 178/4, the Chennai Super Kings openers got down to business with the run chase right from the go. Shane Watson especially set up the platform for a comfortable run chase as he tore into the opposition bowling. Along with opener Faf du Plessis, the duo romped to the target without been dismissed.

CSK Seek Consistency After Remarkable Win
After hammering the Kings XI Punjab to a 10-wicket win, the Chennai Super Kings will be seeking to maintain consistency. After a win in their opening match against defending champions Mumbai Indians, the Super Kings suffered three straight losses, leaving them at the bottom of the league table. This win, however, has lifted them to sixth place and could just be a sign of revival to their weak-looking campaign so far.