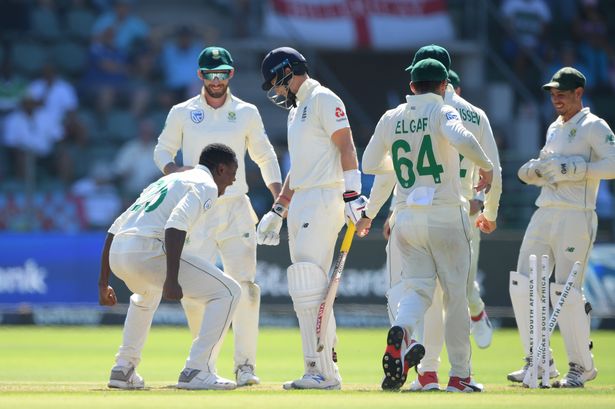 During the first day of ongoing South Africa vs England 3rd test match at Newlands, Cape Town, Kagiso Rabada celebrated aggressively after dismissing England skipper Joe Root. South African speedster has been fined with 1 demerit point and 15% of his match fees after being found guilty of a Level 1 breach of the ICC Code of Conduct for Players.

Rabada was found to have violated Article 2.5 of the code, which relates to “using language, actions or gestures which disparage or which could provoke an aggressive reaction from a batter upon his or her dismissal during an international match”.

Previously, Kagiso Rabada was fined three times in 2018. In February 2018 against India in ODI series. In March 2018, he was fined twice in a single test match against Australia. He first showed his aggression to Steve Smith as he brushed his shoulder the batsman after dismissing him. In the same match, he was again fined 1 demerit point for giving an aggressive send-off to David Warner.

Losing Rabada for the 4th test match is a big blow to the South African side. He is the highest wicket-taker in this series so far with 14 wickets. In the 3rd Test match, England opted to bat first and currently looking at a good position. When this article was posted England were on 342 at the loss of 5 wickets. Ben Stokes dismissed scoring 120 while Ollie Pope was still batting at 80.