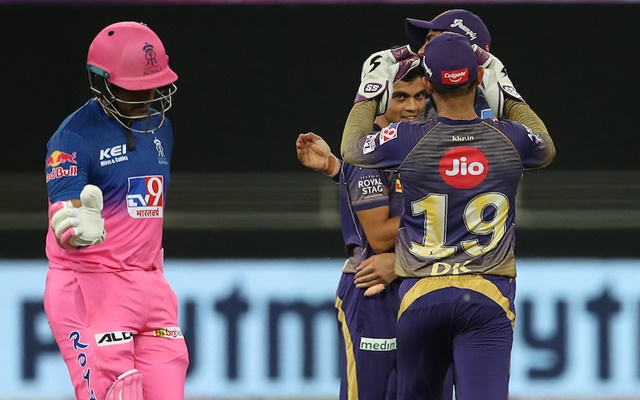 Over the years, Indian Premier League has been a great platform for the youngsters to showcase their talent and make a case for selection in the Indian team. Only 12 matches have been played in this year’s IPL so far, but the young Indian blood has already impressed one and all. Kamlesh Nagarkoti is the latest addition to the list of players proving their mettle.

Match no. 12 between Kolkata Knight Riders and Rajasthan Royals saw the youngsters taking charge for KKR and ultimately sealing it for the team. The duo of Shivam Mavi and Kamlesh Nagarkoti impressed the fans in particular. Both the pacers bowled in tandem and didn’t allow the Rajasthan Royals batsmen to settle.

Kamlesh Nagarkoti made a comeback after 2 years

Apart from his intense bowling, Nagarkoti stole the limelight for his brilliant fielding theatrics as he took a sensational flying catch. On the 4th ball of the 15th over of Royals’ inning, Jofra Archer looked to go big again after hitting the 2nd ball of the over for a six already. However, this time the connection was not there to clear the fence.

The ball went straight in the air and Nagarkoti sprinted from his position at long-on and dived in front of long-off, completing a fantastic catch. It is worth noticing Nagarkoti is making his comeback on the field after two long years. The young pacer had to miss his maiden IPL due to a fractured foot and then he suffered a recurring back injury.

Comebacks are not usually easy for a fast bowler, but Nagarkoti showed a great deal of promise as he took two wickets and two catches in the match against Rajasthan Royals. He took his maiden IPL wicket on the first ball of his over and took the second one and in the same over. It is a pleasant sight for all the cricket-lovers to see the young Indian talent to the fore.

Eventually, Kolkata Knight Riders won the match by 37 runs and moved on to the second spot on the points table just behind Delhi Capitals. Rajasthan Royals will play their next match against RCB on Saturday and KKR will face Delhi Capitals on the same day.