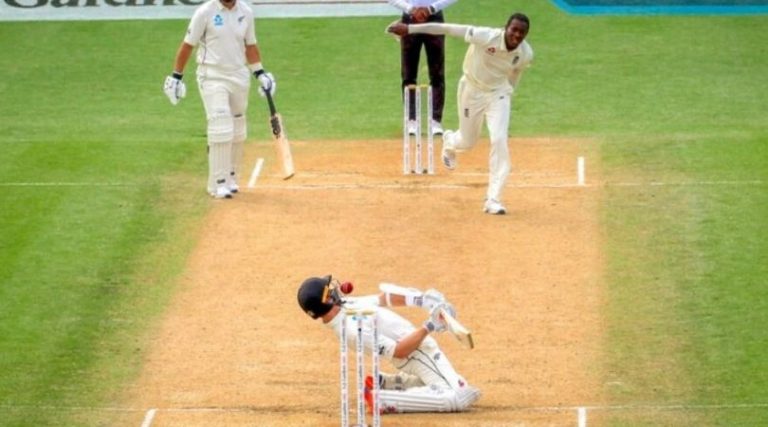 New Zealand vs England 2nd Test ended on a draw after rain played a spoilsport. Thus, New Zealand won the 2-match series by 1-0. While batting first New Zealand had scored 375 runs in the first innings with Tom Latham completing his century. England put 476 runs on the board thanks to Joe Root’s 226, Rory burns’ 101 and Ollie Pope’s 75.

In 2nd innings, New Zealand lost their two wickets early but then Kane Williamson and Ross Taylor built a solid partnership and dominated in the whole 5th day. New Zealand had gained a lead of 140 runs before the rain stopped play and which forced the officials to abandon the match. However,  Kane Williamson and Taylor impressed with their approach on the final day.

Leave Of The Year By Kane Williamson

During the innings, Williamson displayed exceptional flexibility by leaving a Jofra Archer’s delivery. It all happened on the third delivery of the 18th over when an alert Williamson swayed away from a delivery which gave the impression of hitting him on the helmet. The narrow escape of Kane Williamson impressed the fans and they claimed it as the best leave of the year.

Williamson completed his 21st century during the innings. He scored unbeaten 104 off 234 deliveries. New Zealand skipper was well supported by Ross Taylor who also reached his 19th century before rain played a spoilsport. The match ended on a draw but New Zealand clinched the series by 1-0. Interestingly, this is only the third draw test match of 2019 after India vs Australia 4th test and Ashes 2nd test.

Now New Zealand is set to tour Australia for a test series of 3 matches. This will be new Zealand’s 2nd series as a part of ICC Test Championship. Their last series with England was not the part of the championship. Blackcaps had played their first series of the tournament with Sri Lanka and currently, the Kiwi side is at the 3rd position on the points table with 60 points. India and Australia are at 1st and 2nd position with 360 and 176 points respectively.