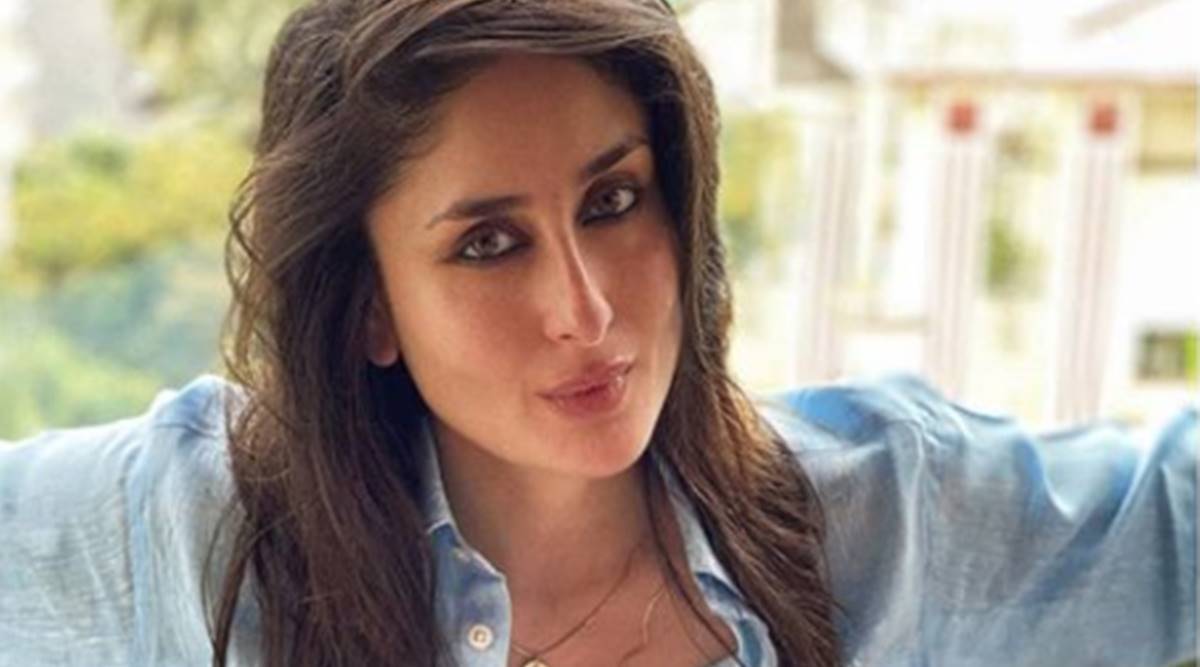 The ongoing Indian Premier League (IPL) has gripped the entire cricket universe. Fans from almost every walk of life are following the action, although it is limited to the confines of their homes. In Kareena Kapoor’s son Taimur, IPL found a new follower. And recently when she asked if her son has a place in the IPL, the Delhi Capitals team came up with a witty response.

Kareena Kapoor Posts Taimur’s Adorable Pic
Bollywood star Kareen Kapoor made good work of her latest Instagram post. The actor’s post on Instagram featured an adorable pic of her son Taimur. In the pic, Taimur can be seen playing cricket, holding a bat in his hand and in his strides to play a shot. Kareena Kapoor captioned the pic – “Any place in the IPL? I can play too”. In an instance, the post garnered immense likes and comments from fans.

Delhi Capitals Come Up With A Witty Response
It was the Delhi Capitals however who caught the attention of fans with a witty response to Kareena Kapoor’s post. In a fitting response, the Delhi Capitals replied – “We’d love to see him roar with us. A true Nawab always belongs to the Capital city.” Referring to Taimur as a Nawab, a title which can be rightly associated from his ancestral reigns and Grandfather Mansoor Ali Khan Pataudi. 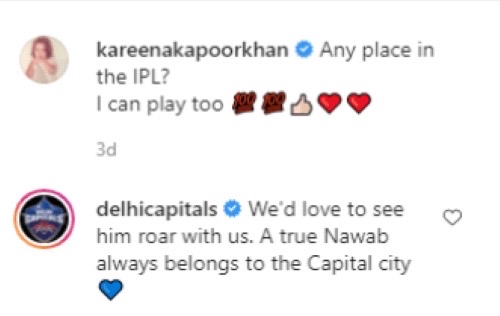 Delhi Capitals Seek To Maintain Winning Form
The Delhi Capitals look a completely rejuvenated side at this season’s Indian Premier League and would want to continue their good form into the section half of the tournament. They currently are second in the points table, behind defending champions Mumbai Indians. The well-balanced side will be wanting to make it to the playoffs for the first time since 2012.

Delhi Capitals next play the Chennai Super Kings and will seek for a win that could send them back to the top of the points table.