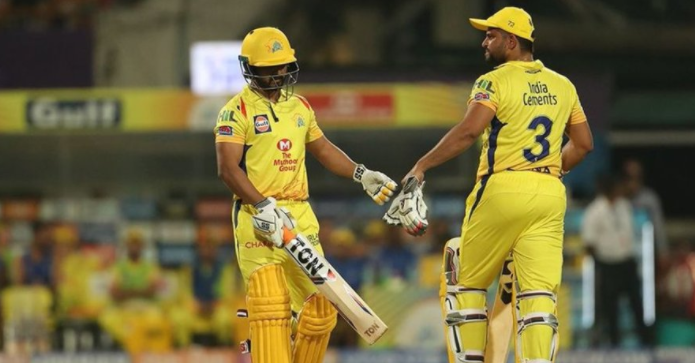 It’s official! Suresh Raina will not be taking part in the upcoming edition of the Indian Premier League (IPL). Raina pulled out of the league citing personal reasons. However, recent rumors are doing rounds that there could be other reasons within the team. So was there a rift among the Chennai Super Kings team that led to Raina’s exit from IPL 2020? Kedhar Jadhav’s recent tweet seems to be an obscure dig at Suresh Raina’s exit.

Rift In The CSK Camp?
There were reports that all was not good in the CSK camp ahead of the IPL. Speculations are that Suresh Raina wasn’t satisfied with the kind of hospitality treatment he was getting as compared to the other senior players of the team. Comparisons were drawn after Raina, who himself is a senior member of the squad felt he was been ill treated in terms of preferences given to other players over him.

Some reports even stated that Raina was unhappy with the hotel room that was given to team captain MS Dhoni; which was superior to the one Raina was put in. The whole biobubble protocol thereby sounding uncomfortable to the left-hander.

Kedhar Jadhav’s Tweet – A Dig At Raina?
Raina’s teammate Kedha Jadhav had a recent post on Twitter which inclined towards Raina’s withdrawal from the tournament. As mysterious as it sounds, Jadhav’s tweet was made just moments after team owner N Srinivasan announced Raina’s decision to leave the tournament. Jadhav had tweet – “On the path of excellence – you find 1000 excuses to let go, but only 1 reason to hold on. The choice is YOURS !” An obscure tweet that just seems to have surfaced in a wrong context at the wrong time.

On the path of excellence – you find 1000 excuses to let go, but only 1 reason to hold on.

The choice is YOURS ! pic.twitter.com/PLx4iyem0A

Raina’s Phenomenal IPL Stats
It’s a very rare occasion where one has heard of Suresh Raina missing out on an IPL game, and the irony is such that he won’t be part of the entire tournament this time around. A total of 5368 runs (of which 4527 alone for the Chennai Super Kings) is a phenomenal stat. Raina, the mainstay of the CSK batting and also a contributor with the ball at times will be would be a major factor missing.

Sans the rift in the team (if any) or the personal reasons cited, IPL 2020 won’t feature Suresh Raina.