West Indies would be looking to seal the series by winning the 2nd ODI on Friday. 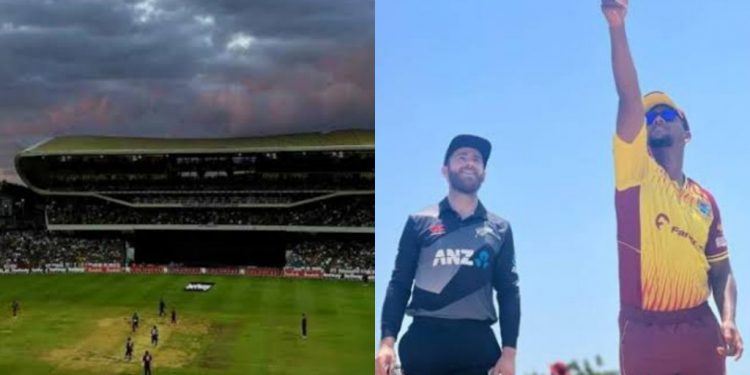 After losing the T20 series to New Zealand, the Nicholas Pooran-led West Indies side has started well in the ODIs. The hosts won the first ODI comfortably by 5 wickets on Wednesday at Kensington Oval, Barbados. The remaining two matches as well are to be played at the same venue. We will here be discussing the Pitch Report of the Kensington Oval Stadium Barbados for the 2nd WI vs NZ ODI, along with the T20 Records of the venue.

The Windies managed to restrict a strong New Zealand batting line-up to a score of 190 in the first ODI. The batting department as well responded well for the hosts as they managed to chase the target in 39 overs with 5 wickets remaining. After losing their last two ODI series against Bangladesh and India, the Windies have given themselves a good chance to have a series win under their belt after a while.

Teams chasing a total at Barbados have had a slight edge over the teams that have defended here. The average scores of both innings are fairly low in Kensington Oval.

The pitch at Kensington Oval has equal assistance for both, the batters as well as the bowlers. It is generally seen here that the Pacers tend to receive a significant bit of help off the surface and go on to dismiss a lot of batters upfront. However, if the batters play the initial overs cautiously, it is seen that they successfully go on to score runs. Hence we can expect a good competition between the bat and ball at the Kensington Oval.

Keeping in mind the assistance that the pacers receive here, it would be a better option to put runs on the board after winning the toss.

The skies over Barbados will remain cloudy during the 2nd WI vs NZ ODI. There is a forecast of 50% chance of rain in Barbados on Friday. Hence, the rain might play spoilsport during the match. The conditions will remain overcast towards the evening as well. Winds will blow ESE at 15 to 25 mph.