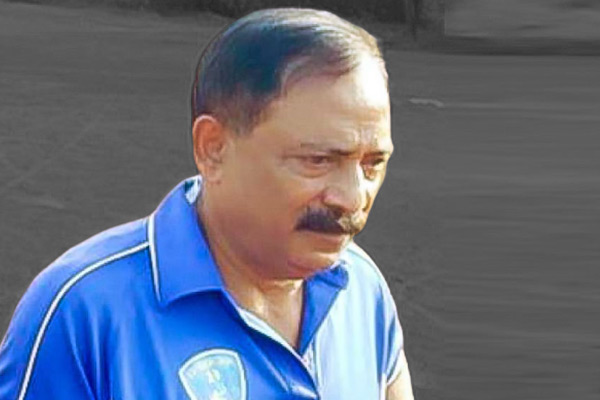 Hamza Koya, a prominent name in Kerala football and part of the Maharashtra team at the Santosh Trophy during the 1980s lost his fight against the novel coronavirus. The 61-year-old was quarantined along with his family on their return to Kerala on May 21st. After reports came in about members of his family been tested positive, Hamza too showed symptoms of the illness and was admitted to the Government Medical College Hospital where he breathed his last on June 6th. In a tragic loss, Hamza also becomes the first casualty from India’s sports fraternity.

A team of medical officers treating Koya reported that it was his family members who had contracted symptoms of the deadly virus initially after which it got to the legendary footballer and even other members of the family; his daughter-in-law and even his grandchildren. Our best efforts at treating Hamza went in vain, the doctors expressed.

Hamza Koya and the Santosh Trophy
A gem of a player during his playing days, Hamza Koya grew up playing in the Malabar region of Kerala before moving to Maharashtra. A string of good performances even earned him call to the national team, however, he never got a chance to play. His former Maharashtra teammate Premnath Philip remembered Koya as a ‘formidable defender and was respected even by his rivals in the Mumbai league.’ Plying his trade across various football clubs in Mumbai, he reached the peak of state football when the prominent name of Kerala, was part of the Maharashtra team at the Santosh Trophy in the 80s.

AIFF Pays Its Respect To The Kerala Legend
“We mourn the loss of former footballer Hamza Koya, who lost his battle against COVID-19 in a Malappuram hospital today. He had represented Maharashtra in the Santosh Trophy, and had been called up for the National Team camps on 2 occasions,” the AIFF tweeted.