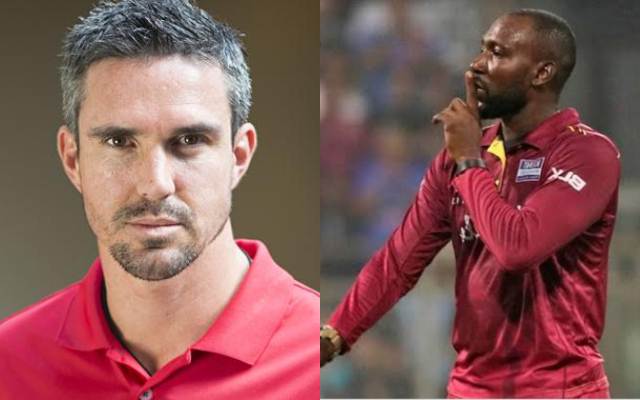 West Indies pace bowler Kesrick Williams has recently grabbed the headlines in India vs West Indies T20I series. Meanwhile, his on-field banter with Indian skipper Virat Kohli wins the Internet. It all started a few years ago when Kesrick dismissed Virat and then pulled off a celebration, which Kohli didn’t forget.

Hence, Indian captain, Kohli has given it back to Williams in styles. In the first T20I of India vs West Indies 2019 series, Virat after playing some scorching strokes mocked the bowler with an aggressive notebook celebration version. However, in the next T20I in Thiruvananthapuram, after taking Virat’s wicket Kesrick Williams pulled off a different celebration by putting fingers on his lips.

Thereafter, in the third T20I at Wankhede Stadium, Virat gave a ‘WOW Expression’ after hitting William for a long six. The 20-year-old Caribbean cricketer took three wickets in the series. He was the highest wicket-taker in the series along with Khary Pierre, Sheldon Cottrell and Deepak Chahar.

It is now less time left for the Indian Premier League 2019 auctions, as it is scheduled on 19th December. Meanwhile, the IPL franchises looked carefully the whole India vs West Indies in order to pick the for their team. In between, Sanjay Manjrekar, the former cricketer turned commentator felt that Keasrick can be the best option for the franchises in coming IPL season. He took Twitter to share his views, he wrote, “Go for Kesrick Williams guys. Perfect bowler for IPL conditions.”

Thereafter a fan on Twitter comes up with his views, he felt that Keasrick will be a good choice for the Royal Challengers Bangalore in the upcoming season. The fan took to Twitter to share his views and wrote, “@RCBTweets should pouch him given the chemistry he shares with @imVkohli I can see the captain and the bowler comparing notes after a dismissal! Brilliant!!! @CoachHesson @KP24.”

Completely disagree. He’s not good enough! He has nothing special apart from his celebration…

As soon as Kevin Pietersen replied to the fan, Kesrick Williams responds to the former England cricketer. The pacer comes up with a cheeky reply, he only gave a Thumb’s up on Kevin’s comment.