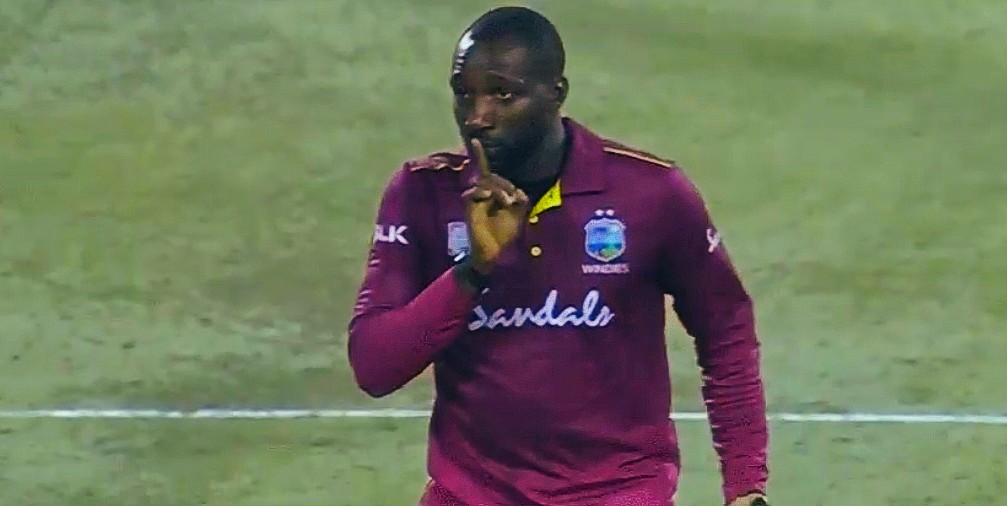 After winning the first T20, Virat Kohli recalled the moment as he said, “It happened to me in Jamaica when he got me out so I thought I would tick a few in the notebook as well but all good, smiles out there, in the end, that’s what you want to see, good competitive cricket but at the end of the day we shake hands”

In 2nd T20I at Thiruvanthapuram Kesrick Williams won the individual battle against Virat Kohli. he sent back the Indian skipper at the score of 19. But he didn’t celebrate the wicket with his notebook celebration. Kesrick must have a lesson after the last match as he put his finger on mouth after the wicket. With which he indicated that he is not going to repeat his mistake.

Williams reaction🤫🤫
After kohli dismissel
Meanwhile kohli would take revenge on him in next match😁🤭🤭🤭
Dar gaya#INDvsWI pic.twitter.com/lmz6vXrfFe

In 2nd T20I West Indies won the toss and elected to field first. Today, Virat made a change in the batting order as he promoted Shivam Dube at no.3. The decision turned out to be a good one as Dube reached his maiden fifty. The all-rounder scored  54 off 30 balls. However, West Indies made a brilliant comeback in the final overs as India could score only 38 runs in last 5 overs. India set a target of 171 runs for the visitors.

When this article was posted West Indies were playing on 73 at the loss of one wicket after 10 overs. So far, Indian bowlers were struggling to take a wicket. Lendl Simmons departed in 10th over at 30(24) while Evin Lewis was playing at 40(35).