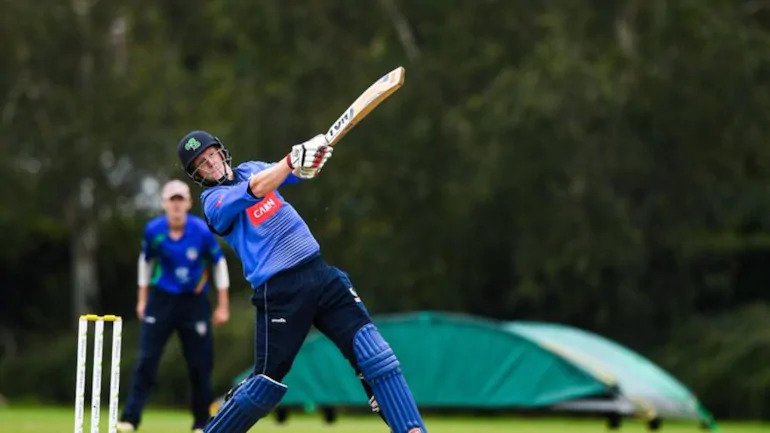 Power hitting is a very helpful ability to possess on the cricket field and Ireland’s Kevin O’Brien is no stranger to it. He has displayed this ability of his on plenty of occasions. However, on Thursday his knack of hitting big sixes landed him in a hilarious situation. He smashed his own car window with a six out of the park.

For the uninitiated, O’Brien had scored the fastest century in World Cup history in the 2011 edition, which helped his team Ireland win a thrilling match against England. It was one of the most dramatic and one of the biggest upsets in the World Cup history. Ireland had chased down a huge target of 327 to secure a win.

I will park further away next time: Kevin O’Brien

O’Brien is playing the Inter-Provincial Twenty20 Trophy currently, and he scored 82 off 37 balls for Leinster Lightning on Thursday. The inning consisted of eight sixes, one of which was so huge that it sailed out to the parking lot beside Pembroke Cricket Club in Dublin. The ball smashed O’Brien’s car window and the cricketer had to rush to the garage after the match.

There have been many incidents in the past where power hitters caused damage to many a cars, but this might well be the first time where the cricketer caused damage to his own car. The dealership promised to get the car fixed as soon as possible. “Don’t worry @KevinOBrien113 we’ll get it fixed up as good as new,” the dealership tweeted.

Kevin O’Brien will now be more careful about his car parking as he hilariously tweeted, “Didn’t need the air-con on the drive up to you lads. Unreal service once again. Never fails to disappoint. I’ll park further away next time. #BestInTheBusiness

Didn’t need the air-con on the drive up to you lads. 🤣 unreal service once again. Never fails to disappoint. I’ll park further away next time 😝 #BestInTheBusiness https://t.co/tNKTG0tRLA

The incident was surely a hilarious one but it cost O’Brien a bit.