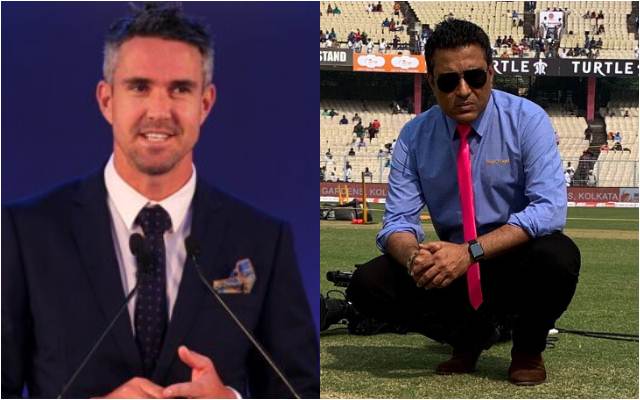 Kevin Pietersen Trolls Sanjay Manjrekar After Kesrick Williams Got Unsold: On 19th December 2019, the auction for the 13th edition of the Indian Premier League concluded. Meanwhile, 386 players name had gone under the hammer in the auction for IPL 2020 season. Some players got good bid for their talent, however, some players remain unsold. There was some big name in the auction too who got unsold such as Yusuf Pathan, Chteshwar Pujara etc.

Ahead of the IPL auction 2019, West Indies was in the tour of India. Franchises were looking to choose the best option from the West Indies as they known for their big-hitting ability. And the Caribbean bowler Kesrick Williams was the one for which some experts of cricket are mentioning him the best option in the auction.

Former cricketer Sanjay Manjreker was the one who was very excited to see Kesrick Williams in the Indian Premier League. Manjrekar said that the West Indies pacer is perfect for IPL conditions. Williams recently played in the T20I series against India and did make an impression with his variations. In one of those games, he also outfoxed Virat Kohli. And impressed with his skills, hence, Manjreker took to twitter and wrote, “Go for Kesrick Williams guys. Perfect bowler for IPL conditions. ”

However, England former cricketer was not that much impressed with Sanjay Manjrekar’s tweet. As he had given an opposite opinion than Indian former cricketer on Williams. He also took to twitter react over Majrekar Tweet and wrote, “Completely disagree. He’s not good enough! He has nothing special apart from his celebration…”

Completely disagree. He’s not good enough! He has nothing special apart from his celebration…

This is not for the first time that Indian former cricketer has been trolled over the Internet. He usually gets trolled because of his opinion. Who can forget his feud with Ravindra Jadeja earlier this year when he called the India all-rounder bits and pieces cricketer. But this he has been trolled by England former cricketer as Kesrick Williams remain unsold in the IPL 2020 auction.

Actually, Sanjay Manjrekar on Sunday, after his beautiful knock against India in the final ODI of the series, took to Twitter to praise the Caribbean batsman. This is when Pietersen decided to take a sly dig at Manjrekar by asking the latter about Williams’ fortunes in the IPL auction.

How did Williams go in auction?!