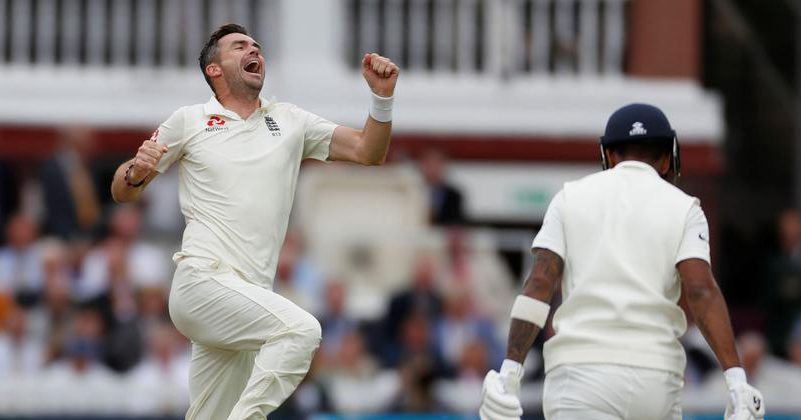 It was a big day for James Anderson as he reached the 600-wicket mark in Test cricket. He is the only fast bowler to achieve this astounding feat and the fourth bowler overall. It happened during the final test between England and Pakistan. Anderson got the wicket of Pakistani captain Azhar Ali as his 600th scalp.

James Anderson has been the star bowler for England in plenty of games and he displayed his best against Pakistan as well. He had already dented the Pakistani batting line-up in the first innings when he took a five-wicket haul. This led to Pakistan’s follow on.

In terms of highest wickets in Tests, Anderson is only behind three legends namely, Muttiah Muralitharan (800), Shane Warne (708) and Anil Kumble (619). Anderson is the second fastest to reach the milestone, in terms of balls taken.

Wishes from different parts of the world poured in for the ace bowler. A multitude of cricketers and former cricketers congratulated Anderson on achieving this extraordinary feat. Virat Kohli, Herschelle Gibbs, Irfan Pathan, Anil Kumble, Jasprit Bumrah were among the many who appreciated the bowler’s efforts.

India’s stylish batsman KL Rahul also praised the England cricketer. He took to his Twitter account to do the same. However, the whole scene turned embarrassing for the batsman as he trolled himself while congratulating Anderson. He posted a picture of India tour of England in 2018 where the team couldn’t perform well and lost the series by 4-1.

Rahul’s tweet read, “1 of the 600. Congratulations on the amazing feat @jimmy9.” 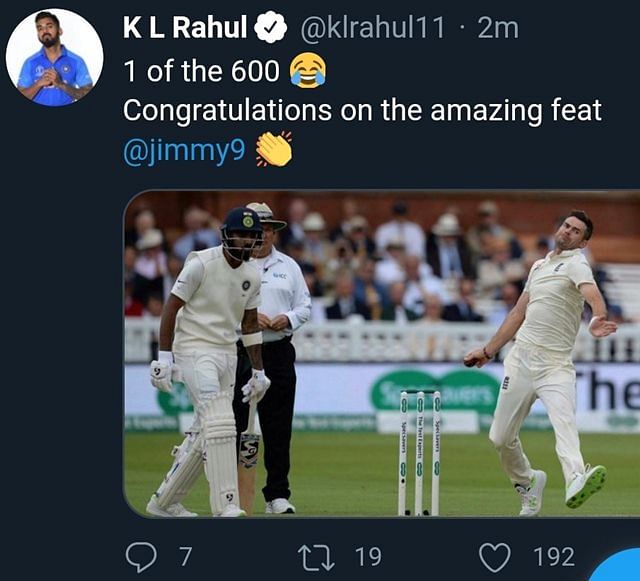 Soon, Rahul realized his mistake and deleted the tweet, however it had already gone viral. Rahul then shared a picture of James Anderson with the caption ‘GOAT’. Being on social media can sometime embarrass you and Rahul learnt that lesson.