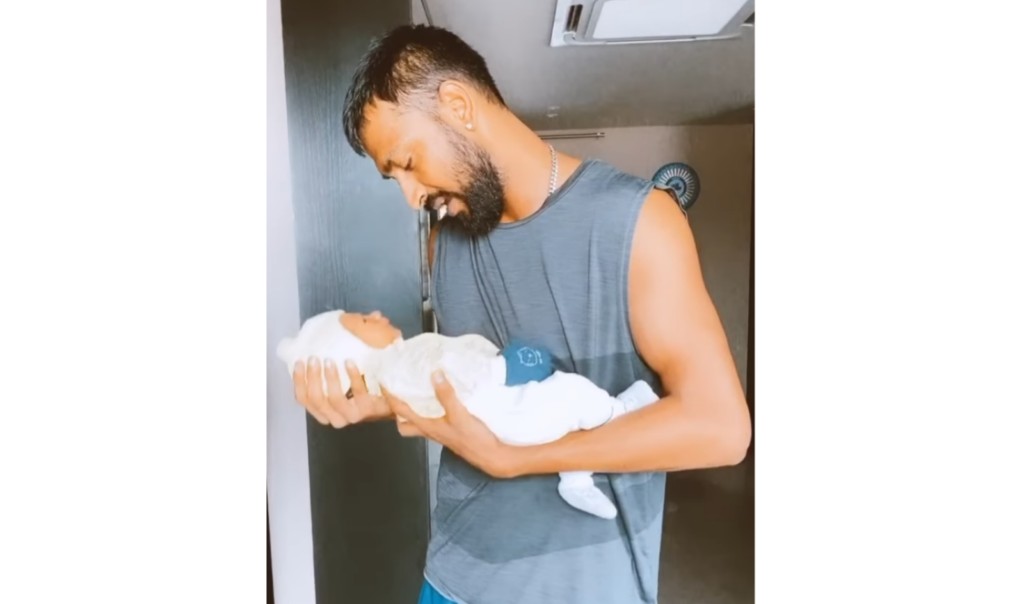 There’s been abuzz around in the cricket world recently ever since the arrival of the newest member in the Pandya family. Earlier in the month, cricketer Hardik Pandya’s wife, Natasha gave birth to a baby boy, who has stolen much of the limelight since. It’s been a joyous last few days for the family. Hardik’s elder brother and uncle to the newborn Krunal recently uploaded an adorable video on social media of him holding his nephew. The post led to teammate KL Rahul leave a tip behind for the Krunal; he wants the newborn to become a ‘fast-bowling all-rounder’.

Krunal Pandya’s Post Wins Hearts
It indeed was an adorable moment captured where Krunal Pandya can be seen holding his newborn nephew. The video, captioned ‘Let’s talk cricket’ was trending instantly. Cricketers and fans welcomed the newest member to the Pandya family with joyous responses to the post. And not to be left behind was teammate Krunal Pandya. The opener wants to see Hardik’s son grow up to become a fast-bowling all-rounder. Rahul had responded, “Please tell him to become a fast-bowling all-rounder.” And to the delight of his followers, Krunal instantly responded with a ‘Yes’ followed with laughing emojis.

KL Rahul To Captain Kings XI Punjab
Meanwhile, news from the Indian Premier League (IPL) is that Karnataka based opener, KL Rahul will be leading the Kings XI Punjab at this year’s event to be played in the UAE. On the other hand, both Krunal and Hardik will be starting for defending champions, Mumbai Indians. It’s an added responsibility on Rahul who is also expected to play an important role with the bat. 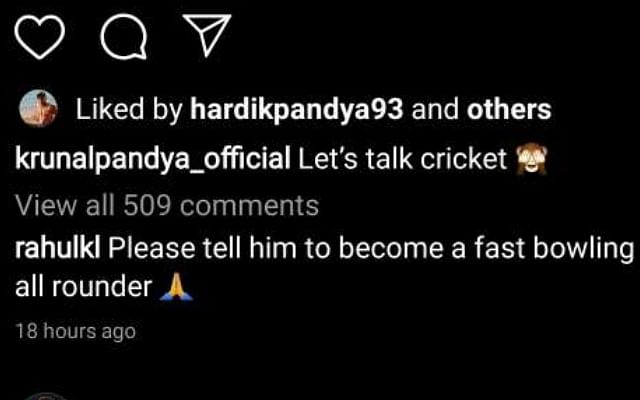 So with the Indian Premier League scheduled to start in September, both Hardik and Krunal Pandya will have to make up for the time with newborn before they leave for the tournament to be held in UAE. As for Rahul’s tip, fans would love to see the little Pandya walk into his father’s shoes.