The former Punjab Kings captain was picked by the new entrant Lucknow Super Giants for a whopping INR 17 crores. 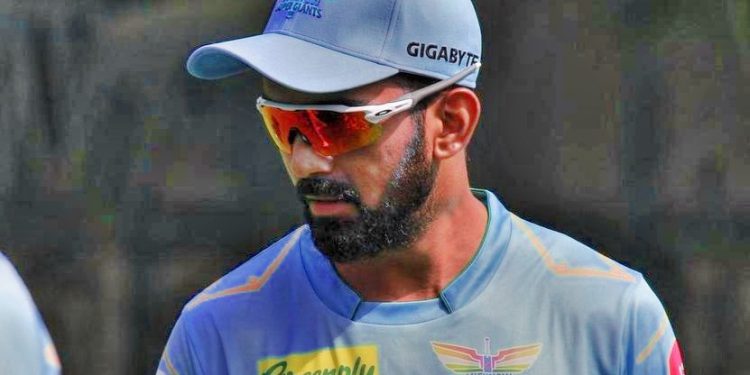 Lucknow Super Giants made heads turn as they selected KL Rahul as their draft pick for a mammoth INR 17 crore. After they picked the wicketkeeper-batsman, they immediately announced him the skipper of their team. The right-handed batsman was a part of the Punjab Kings setup and led the team for few seasons. Now, KL Rahul opens up on how he feels about switching from one team to another and what challenges it brings.

The opening batsman has been in scintillating form over the years and have always scored runs for his former team Punjab Kings. Despite his team not performing as a unit, he always led by example and fought for his team. His team could not even reach the Playoffs and always stayed in the bottom. After a lot of speculations, KL Rahul opens up on his experience with the brand-new team.

Talking on Red Bull cricket room on Clubhouse, KL Rahul expressed his views on his experience so far with the Lucknow Super Giants. The former Punjab Kings captain mentioned that whatever time he has spent with his new franchise so far has been delightful. He also shared that the prospect of building a new team from scratch thrilled him and that was one of the primary reasons why he left his earlier franchise.

“It was such a fun experience and I’m so glad to get this opportunity to be, you know, be part of a new team, be part of a new franchise and build it from scratch, and that’s what really excited me and that’s why I made the movement to a new team because I wanted to be a part of something like this and learn along the way, and this is something that would be good for me in my journey and it’ll help me grow as a person and grow as a cricketer as well,” said KL Rahul.

ALSO READ – IPL 2022: Ranking Jerseys of all 10 teams of the tournament

It will be interesting to see how KL Rahul leads his troops in the upcoming season of the Indian Premier League. Though his team couldn’t perform in the last few seasons, the batsman was never short of runs and displayed his class every time he came on to bat. The fans will be hoping for a change in fortune for the cricketer as far as his captaincy is concerned. As for his batting, they would want him to continue his dream run in the 2022 edition of IPL as well.