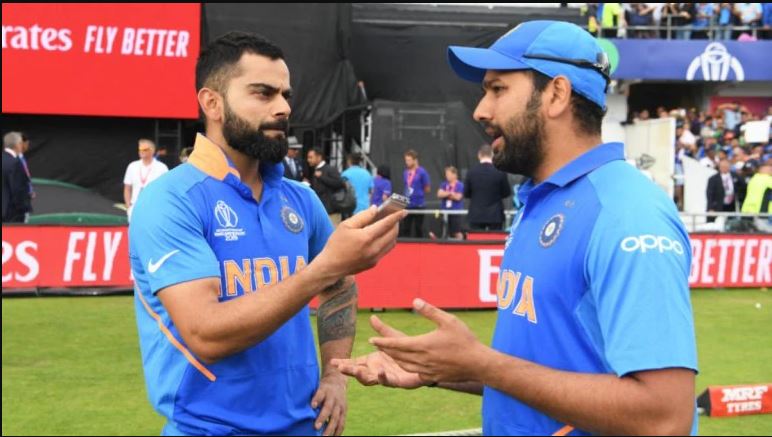 Virat and company has arrived in the US for the upcoming three matches T20I (Twenty-Twenty International) series against West Indies. Meanwhile, the news of rift between the skipper and his deputy has taken another turn. Recently, Virat Kohli posted a photo with caption ‘SQUAD’ on his twitter handle. In the photo the Rohit Sharma is missing which complelled fans for asking, “Where is Rohit?”

Meanwhile, Vice-Caption’s absence from the picture has given another reason for fans to doubt over the rift rumor.

Earlier, before the departure for West Indies, in the press conference Indian team captain has given explanation over this rift rumor.

Here is the Video of press conference

I have praised @ImRo45 whenever I have had an opportunity because he has been that good. We have had no issues. We are working towards getting Indian Cricket to the top: @imVkohli #TeamIndia pic.twitter.com/ijGqyKDxtS

However, he denied everything that is going in the media. He said that “we have had no issue. We are working towards getting Indian team to the top.”

Later on, the tweet from Rohit again compelled fans to doubt on the rift rumor. He posted a pic with caption, ” I just don’t walkout for my Team. I walk out for my country.”

After the loss against New Zealand in the semi-finals of World Cup 2019, the news from the Indian dressing room forced media to talk about. In the media the news of rift between caption and vice-caption got viral. In short, as per reports Indian deputy Rohit Sharma was not happy with Team India’s management decisions during the semi-finals.

From the recent activities of Indian team captain’s wife Anushka Sharma and Rohit Sharma’s over social media compelled the fans and media to doubt the rift rumor.