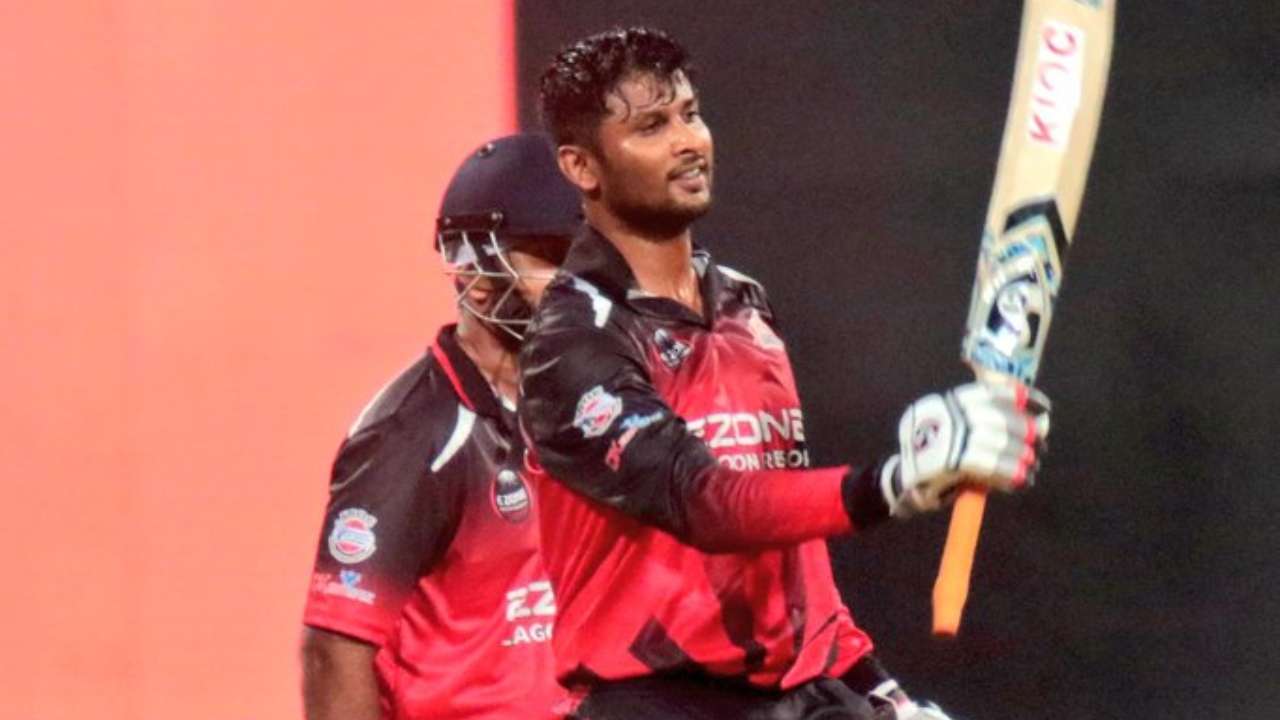 Seasoned Karnataka campaigner Krishnappa Gowtham enjoyed what could well be his ‘day a the lifetime’ yesterday. The all-rounder scored a magnificent century and followed it up with a record 8-wicket haul later, to cap off what has undoubtedly been an exceptional outing.

Playing for the Bellary Tuskers at the Karnataka Premier League, Gowtham walked into bat at number 3. The batting promotion proved to be the shot in the arm Gowtham and his team needed. There’s no secret about Gowtham’s big hitting exploits. He has delivered many a handy cameos for Rajasthan Royals in the IPL. However, the opportunity to face more balls early on in the innings and make his knock count seemed to spur him. Gowtham laced his unbeaten innings of 156 with 13 sixes and 7 fours. Thanks to his pyrotechnics, the Tuskers were able to post 203-3, a mammoth target considering how rain had played spoilsport in many of the games earlier.

Chasing the target on a deteriorating Chinnaswamy track was never going to be easy for the Lions. To compound their misery, Gowtham once again took it upon himself to wreak havoc in the opposing camp. The dampness of the pitch considerably assisted his accurate and incisive off-spin bowling. The Lions had no definitive answers to his bowling and  Gowtham capped off an already exceptional day with record figures of 4-0-15-8.

With his record breaking performance of 8/15, @gowthamyadav88 has taken a huge lead in the Wickets tally of #KPL8. #KPL2019 #NammaKPL #KPLNoduGuru pic.twitter.com/34uPCWUPqj

It's officially the Krishnappa Premier League! 🙌

Unfortunately, a KPL game is not accounted for in the stats for T20. So statistically, he’s registered the best T20 bowling figures; but they won’t get reflected outside of KPL stats. Nonetheless, the performance should keep him in good stead for the upcoming Vijay Hazare trophy. After being ignored for the Duleep Trophy and the (unofficial) ODI series against South Africa A, he had a point to prove. His next assignment will be the unofficial test series against the South Africa A side.

How do you rate Gowtham’s performance from last night? Do you expect him in the T20I squad against South Africa? Have Rajsthan Royals found a new candidate for the number 3 position? Let us know what you think in the comments.