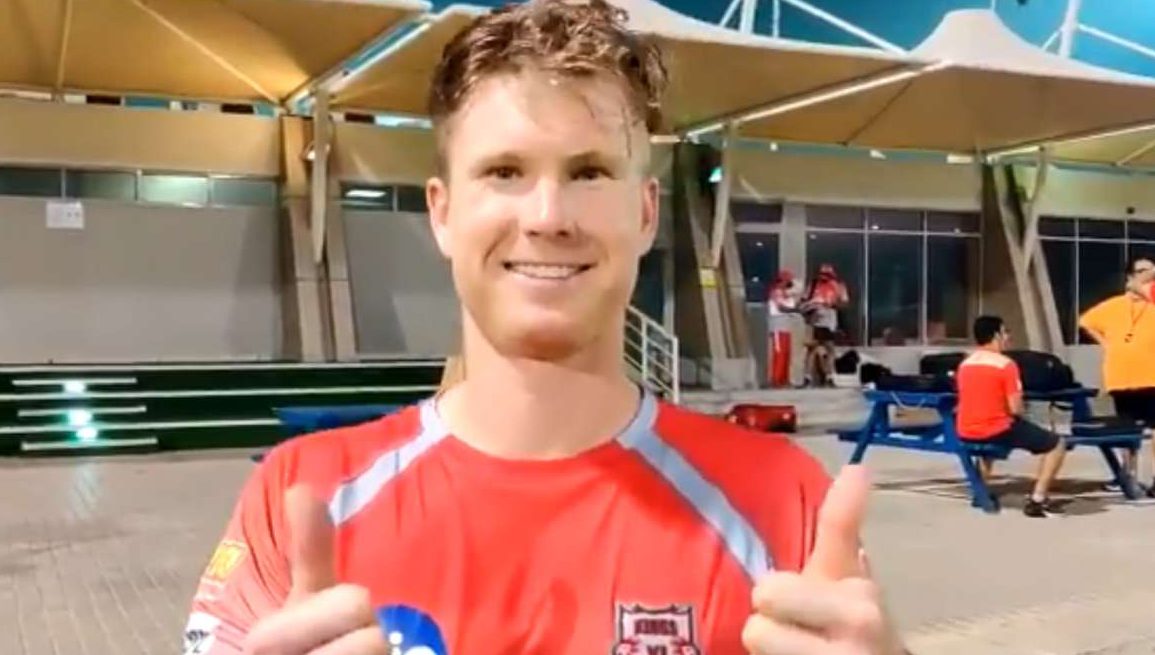 The hype and excitement among fans is compounding with each passing day, as the 2020 edition of the Indian Premier League (IPL) gets closer. Every franchise and its contingent of Indian players have already reached the UAE and started training as such. Most of the available overseas stars have also joined or will soon be joining their teams. Only the players who partook in the recently concluded Caribbean Premier League (CPL) and England-Australia series are yet to arrive; but they too, will shortly be catching up with their respective sides.

On Wednesday, New Zealand’s star all-rounder, James ‘Jimmy’ Neesham, made his first, public-appearance in his team Kings XI Punjab’s camp. The KXIP Twitter handle even uploaded a video of Jimmy announcing his arrival in desi, Punjabi style. His (relatively) late turn up confused some fans; Jimmy didn’t feature in this year’s CPL or any other international series, so they tried guessing why he joined late. Well, turns out, Jimmy had reached the Emirates last week itself but had to complete a six-day quarantine period before safely uniting with his team. But he’s with Punjab now, and that’s all that matters; given how eagerly they wanted their star Jimmy to ‘aaja’.

Incidentally, this will be only Jimmy’s second home-coming to the IPL- his last stint dates way back to the 2014 edition, where he represented the Delhi Capitals (Daredevils then). The Kolkata Knight Riders did include him in their 2015 side, but an injury prevented him from playing that season. He’s raring to make his second IPL stint count.

“Excited to be back in the IPL”- James Neesham

“It is my first time getting involved in a long time. It is exciting to come as an older and more experienced player. Last time I played for Delhi, I was young and talented but didn’t know much about my game. Hopefully, it’ll be much more fun this time around,” Jimmy told KXIP while quarantining.

KXIP start their IPL campaign against the Delhi Capitals on September 20 at the Dubai International Stadium. UAE as a whole has been a happy hunting ground for the Punjab team; back in the 2014 season, the team, under George Bailey’s captaincy, won each of their 5 matches at the Gulf country. Additionally, Glenn Maxwell- their ace batsman from the 2014 edition, has also returned to the side and will be eager to repeat his scorching pyrotechnics from that season. India’s ‘all-round’ ‘keeper KL Rahul will be leading the side, under the coaching of former team India coach Anil Kumble; with some seasoned, mentoring capable T20 campaigners in the side like Chris Gayle, Chris Jordan, and Hardus Viljoen.