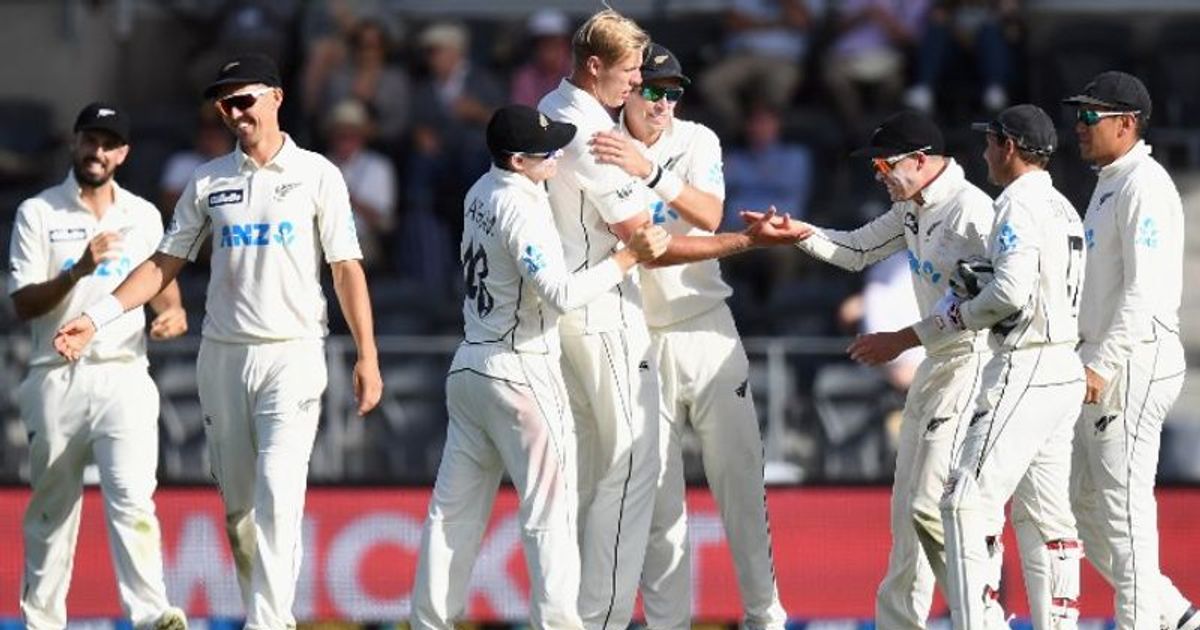 The latest recruit in the New Zealand team Kyle Jamieson has got a dream start to his Test career. The Kiwi bowler has impressed one and all with his brilliant performance in the recently concluded second Test between Pakistan and New Zealand. Many bowlers only dream of getting 10 wickets in a match but the young pacer has achieved the feat only in his 6th match.

After a thumping victory over Pakistan in the second Test, the Kiwis are on the top of the ICC Test rankings for the first time. New Zealand clearly dominated Pakistan as they got a massive score of 659 in the first inning and that proved too much for the Pakistani batsmen to handle. The Kiwi bowlers made sure they don’t let the Pakistan team come into the game as they tormented their batsmen with their accurate line and length.

Kyle Jamieson is currently basking in the glory of his success which he rightly deserves. The Kiwi pacer accounted for a total of 11 wickets in both the innings combines which is quite an accomplishment for the young bowler. However, one of his deliveries which dismissed Mohammad Rizwan is being talked about a lot.

The Banana Inswinger by Jamieson has become the talk of the town. Pakistan skipper had no clue about the delivery which Jamieson bowled to him in the second inning and the delivery ultimately castled his stumps. Apart from Jamieson, New Zealand batsmen were at their dominating best as three Kiwi batsmen got a century namely Williamson, Nicholls and Daryl Mitchell.

The Kiwi skipper played a spectacular inning of 238 which was followed by 157 from Nicholls and 102 by Daryl Mitchell. This was indeed a neat batting performance by the New Zealand batsmen. With the second match, Pakistan also lost the series 2-0.