The final two T20Is between India and West Indies will be played at the Lauderhill Stadium in Florida, USA. 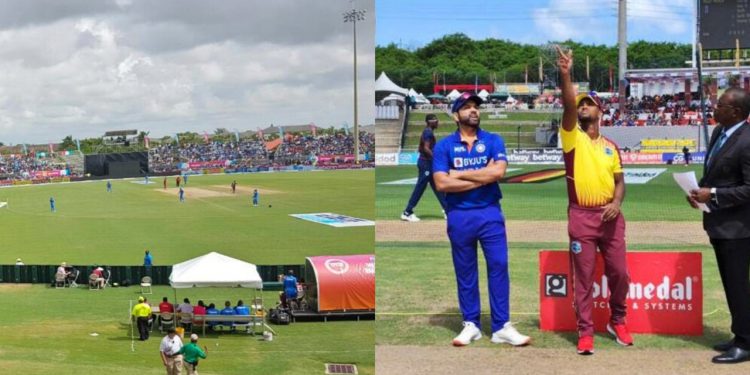 An action-packed weekend is on the cards as the last two games of the IND vs WI T20 series will be played on consecutive days, this Saturday and Sunday, in Florida, USA. The Central Broward Regional Park Stadium will be hosting both the games. While the Rohit Sharma-led Indian side will be looking to win the 4th T20 and seal the series on Saturday, the Windies would be looking to keep the series alive by preventing India from doing so. Here, we will be discussing the Pitch Report and the T20 records of the Regional Park Stadium Lauderhill, Florida.

It will be for the fifth time that team India will be playing a T20I in Florida. The men in blue played 2 T20Is each here in 2016 and 2019, all of these games were against West Indies. Back in 2016 India lost one game and the other was washed out by rain. However, in 2019, team India defeated West Indies on both the occasions. West Indies have managed to win 3 out the 6 T20Is they have played here so far.

The records of the Central Broward Regional Park Stadium Florida make it clear that the teams batting first have had an upper hand over the teams chasing a total here. There is also a significant difference between the average first and second innings scores of the venue, which indicates the same.

The pitch at the Central Broward Regional Park Stadium offers great assistance to the batters early on in the match. However, as the match progresses, the pitch tends to slow down which makes it helpful for the bowlers. It can be hence said that the pitch provides equal assistance to both the departments. However, it is expected that both the matches would turn out to be high-scoring encounters.

It has generally been seen in Florida that the teams chasing a total have gone through a tough time. Hence, any side that wins the toss would be looking to bat first here.

Weather Forecast for the IND vs WI T20I

The forecast says that there is a 40% chance of rain on Saturday morning. The sky will remain partly cloudy during the afternoon. Also, for the 5th IND vs WI T20I, on Sunday, there are 50% chances of rain early in the day, however, the sun while shine later in the day. Winds will bowl towards East at 10 to 20 mph.