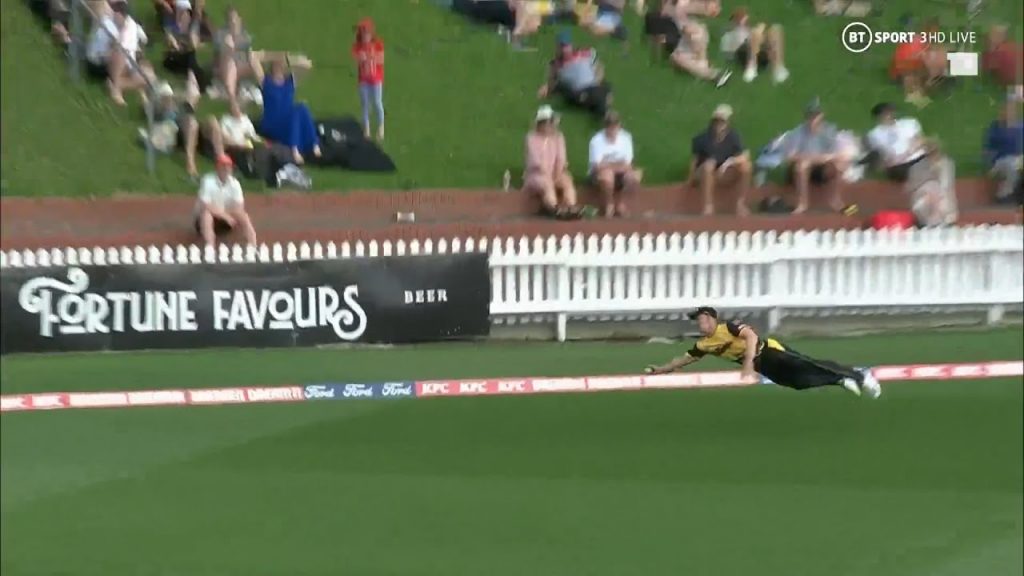 The level of fielding in modern-day cricket is on an all-time high. The team management and players give as much importance to fielding as they give to batting or bowling. In the last few years or so, all the teams have taken their level of fielding a notch higher. As a result, fans get to see amazing catches and brilliant efforts on the field. Logan Van Beek took a splendid catch in the ongoing Super Smash League which stunned everyone.

For the unversed, Super Smash League is a domestic tournament played in New Zealand. The inception of the league dates back to 2005 which makes it the oldest T20 League. The tournament was being played even before the origin of Indian Premier League (IPL) and Big Bash League (BBL) which were founded in 2008 and 2011 respectively.

Knights’ Brett Hampton hit the Bracewell delivery to mid-off and it seemed as if the ball would sail over the ropes, however, the timing on the shot wasn’t good enough.  It then looked like the ball would go in the gap between deep mid-wicket and deep square-leg for four. It was then when Logan Van Beek put in a full-length dive to take a one-handed blinder. It was certainly one of the best catches fans have ever seen.

Logan van Beek with one of 𝗕𝗘𝗦𝗧 catches you'll ever see 😳

He genuinely had no right to take this! #SuperSmashNZ pic.twitter.com/HUAftoHiGj

Knights couldn’t chase the target of 185 and ended up losing the contest. The league commenced on 24th December 2020 and will end on 13th February 2021. All the six teams will be battling with each other for the title.