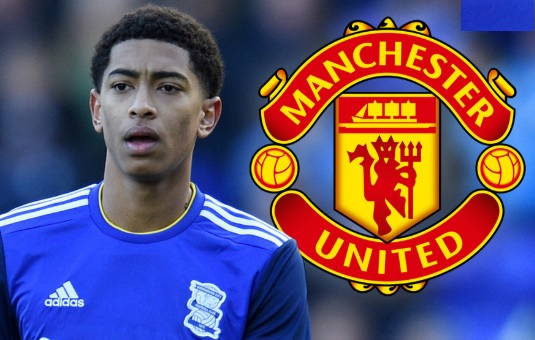 The latest from the transfer market is that English giants Manchester United have failed in their bid to bring home Birmingham City striker Jude Bellingham. The teenager is all set to trade his skills with Bundesliga side Borussia Dortmund. The Germans, however will have Bellingham on board only at the end of June when he turns 17. The move could see Bellingham fetch a club record £30mn.

Kenny Nagera Makes Move Up To Senior PSG Team
French champions Paris Sant Germain (PSG) have confirmed the extension in contract for teenager Kenny Nagera. A good season with the junior (Under-19) saw the French centre-forward pen down a three year stay at the French capital.

Grealish Unmoved With United Interest
Aston Villa captain and leading goal scorer Jack Grealish has been unmoved by the recent interest shown by Manchester United. Grealish with her sheer performance this season for a struggling Villa side has garnered attention from United but has not been fancied by it. Infact his agent clarified that, “He’s got his priorities right, he has a job and that’s what he’s going to do. He’s going to fight for Aston Villa.” So doesn’t look like the money is going to attract the Villa star.

Boca Keen On Retaining Tevez
Senior Argentine forward Carlos Tevez could end up staying with Boca Juniors for another full season. As reports claim, the Argentine champs have offered a year’s extension to Tevez’s existing contract and a choice to stay on further if the side qualify for the Copa Libertadores 2021.

Sanchez Back to Old Trafford
There was some respite for Alexis Sanchez’s fans as the Chilean could see a possible return back to the Premier League with Manchester United. Currently on loan to Inter Milan, Sanchez runs out his contract at the end of the month and thus linking him back to United.

Vertonghen Not On Ajax’s Radar
Dutch champions Ajax has ruled out the return of Jan Vertonghen back to the side from Tottenham. Vertonghen who started his club career at Ajax was linked to a move back after switching over to the Premier League in 2013. In a move declining the return, the club’s director Marc Overmars reported that Vertonghen is “no longer a left-back” and thus wouldn’t fit into the club’s current setup.