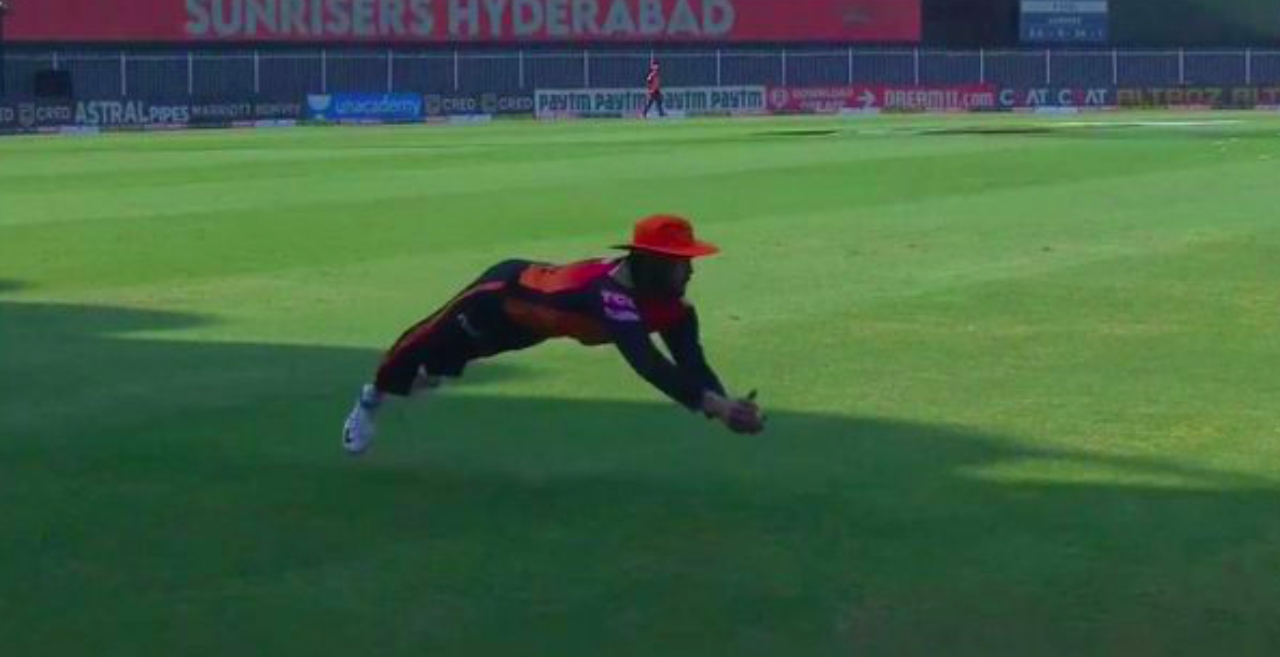 We have witnessed high scoring matches in IPL 2020. The playing region of Sharjah Cricket Stadium is shortest among the 3 stadiums in which IPL 2020 is being played. Even 200 is not a safe total to defend here. Most of the times when a batsman hits in the air it goes for a six. However, on Sunday Manish Pandey stuns everyone by taking a jaw-dropping catch of Ishan Kishan near the boundary rope. Some fans are calling it the best catch of tournament so far.

It happened in the last ball of 15th over of Mumbai Indians innings. Ishan Kishan tried to send a Sandeep Singh’s length delivery for a boundary. Kishan would have been succeeded if energetic Pandey was not fielding at long-on. Manish Pandey pounced on the ball and grabbed the catch when the ball was expected to clear the rope.

Breathtaking dive from the 31-year old earned praise on social media. Sachin Tendulkar tweeted, “What a catch! Tremendous athleticism.” While cricket anchor Gaurav Kapur called it the best catch of IPL 2020. Kapur tweeted, “STOP THE PRESS!!!! Catch of the tournament from Manish Pandey “

MI vs SRH match so far

After batting first, Mumbai Indians posted 208 runs. Other than Rohit Sharma every Mumbai Indians batsman who batted on the day reached 20-run mark. Quinton de Kock scored most runs during the innings as the southpaw departed scoring 69. At the end Pandya brothers’ and Kieron Pollard’s quickfire knocks helped Mumbai in posting 200-plus.

When this article was posted SRH had needed 93 off 47 balls with David Warner playing at 53. Manish Pandey who had earned praise earlier for his catch departed after scoring 30. Both teams have won two matches each before this math. So, the winning team will join RCB and Delhi Capitals in top 3 with 6 points.