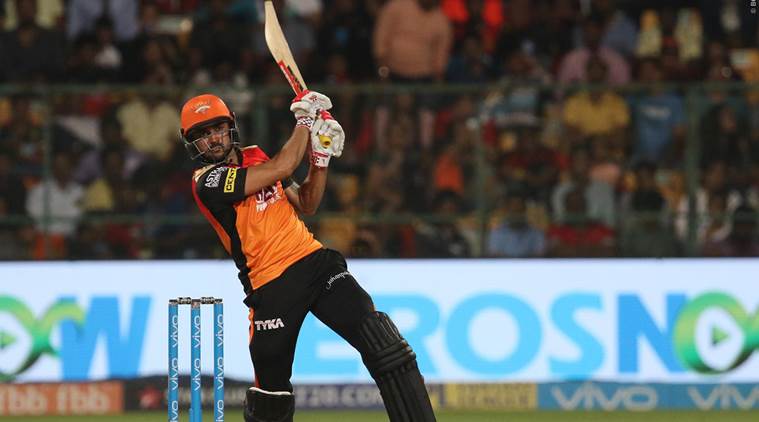 Often cricketers get involved in verbal exchanges (rather sledging) on the cricket field, and the end result of it sees someone leave a sour taste. The IPL 2020 Eliminator between the Royal Challengers Bangalore (RCB) and the Sunrisers Hyderabad, witnessed a similar exchange between RCB captain Virat Kohli and Sunrisers batsman Manish Pandey, and the end of it left Virat Kohli fuming as Manish Pandey smashed a huge six after Kohli’s verbal taunt.

Kohli’s Sledging Backfires
Manish Pandey let his bat do the talking when he was a constant subject to the RCB ‘sledging’. Pandey had come to bat as early as the first over after RCB had lost Sreevats Goswami. Pandey was cautious in his approach in seeing the pace of Mohammad Siraj and Navdeep Saini through.

Although with just a fun added to it, it was enough to provoke Pandey who charged down the pitch next ball and smash a huge six. And a sight that saw Virat Kohli fuming.

Williamson’s Patient Knock See SRH Through
New Zealand Captain Kane Williamson came to the crease after SRH had lost their captain David Warner. And in quick succession lost set batsman Manish Pandey as well. Having lost Priyank Garg (that left SRH reeling at 67/4), Williamson steadied the inning with a patient knock in the company of Jason Holder. The duo shared an unbroken 65 run stand that saw them go through to the Qualifier 2 where they play Delhi Capitals for a place in the finals.

Williamson started slowly as he soaked in the pressure of the run chase caused by the tight bowling from the RCB spinners. His well-placed knock of 50 featured (2 fours and 2 sixes), enough to see his team through

RCB Squander Another Opportunity
Another year ends with the Royal Challengers Bangalore failing to get their hands on the IPL trophy. A lacklustre performance in the Eliminator saw them lose out to Sunrisers Hyderabad. Perhaps, good performance with the bat and not just sledging is what Virat Kohli should consider going forward.