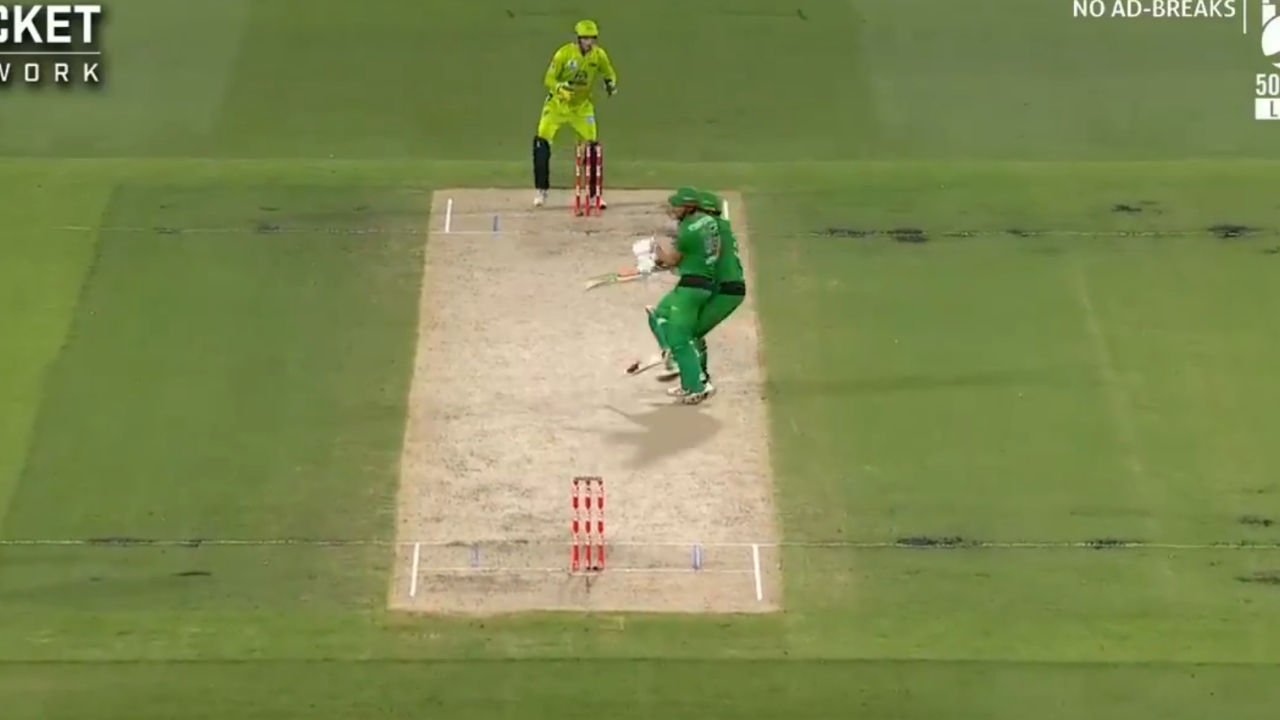 On Thursday, the challenger match of the 2020 season of BBL has been played between Sydney Thunder and Melbourne Stars at Melbourne Cricket Ground in Melbourne. Meanwhile, during the match, Marnus Stoinis had a big bash collision with his teammate Nick Larkin while running between the wickets.

It all happened in the first innings of the match when Melbourne Stars’ player Marnus Stoinis punched the second delivery of  Jonathan Cook’s over towards wide long-on and when both the batsmen were looking to sneeze the runs they had a nasty collision. They both were stealing the second run hard but unfortunately, both came into each others path.

The official twitter handle of the Big Bash League has shared the video of the Marnus Stoinis Big Bash collision with Nick Larkin. They have uploaded the video of the incident with the caption, “Did you know there once was a man who collided with Marcus Stoinis and lived to tell the tale? A @KFCAustralia Bucket Moment | #BBL09.” Here we are attaching the video of the same at the below of this article.

Earlier in the match, after winning the toss Melbourne Stars opted to bat first at Melbourne Cricket Ground in Melbourne. Meanwhile, in the first innings, the host’s team could manage to score 192-2 at the end of the 20 overs. From Melbourne’s team, Marnus Stoinis and Nick Larkin played the beautiful knocks of 83 each. Stonis scored 83 off 54 and Larkin scored 83 off 49 balls.

In the reply, Sydney thunders could manage to score only 166-8 at the end of the 20 overs. And hence lost the match by 28 runs. Now Melbourne Stars will meet Sydney Sixers in the finals of the Big Bash League 2020 on 8 February.

Here is the video (Marcus Stoinis Collision With Nick Larkin)

Did you know there once was a man who collided with Marcus Stoinis and lived to tell the tale? 😏