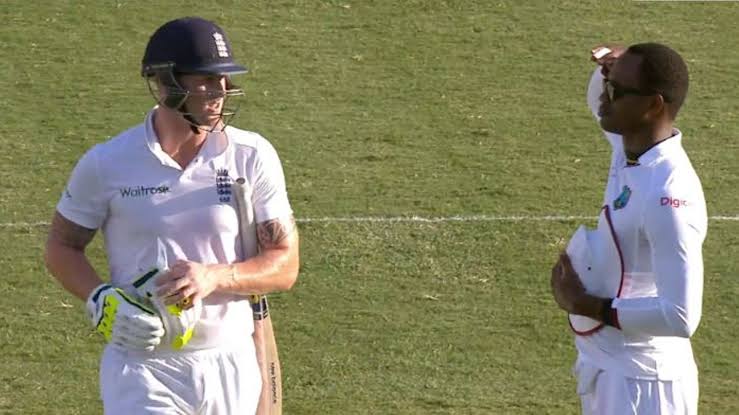 The rivalry between Marlon Samuels and Ben Stokes which started in 2015 was reignited recently with the West Indian allrounder making an abusive comment over what appeared to be the Englishman’s light-hearted joke. Ben Stokes’ recent comments over the COVID-19 protocol didn’t quite go well with Samuels, who seemed agitated and responded with a series of ‘foul-mouthed’ comments.

Ben Stokes Describes COVID-19 Protocol Experience
England allrounder Ben Stokes, currently playing at the Indian Premier League was describing his experience of maintaining the COVID-19 protocol and how difficult it has been to strike a balance with the usual. Ever since he has been playing during this pandemic, he has had to quarantine himself, and live within the so called ‘Bio Bubble’. He said the harrowing experience is something he would not want any one to go through.

Stokes added, “You get off the plane, get your bag, walk out and get told what hotel to go to. There’s no choice, it’s pot luck whether you get a good hotel or not. The government have chosen certain hotels to be the quarantine hotels.” Jokingly, Stokes further added the experience should not even get to his ‘worst enemy’ – and here’s when he named Marlon Samuels.

Marlon Samuels Hits Back With Abusive Slur
Ben Stokes’ joke didn’t quite go well with his supposedly ‘worst enemy’ – Marlon Samuels. In what seems to have infuriated the West Indian, he responded back with a series of foul-mouth comments, and slammed Ben Stokes. Apart from Ben Stokes, Samuels also dragged former Australian cricketer Shane Warne and mentioned few West Indians as well in the abusive slur.

In his nasty response, Samuels added – “no white boy could diss me in the sports and no get back diss look at this b*tch still thinking about me give me 14 days with you wife turn har into Jamaican in 14 seconds mate none of yall knows me that simple means it’s my f***ing superior skin tone.” 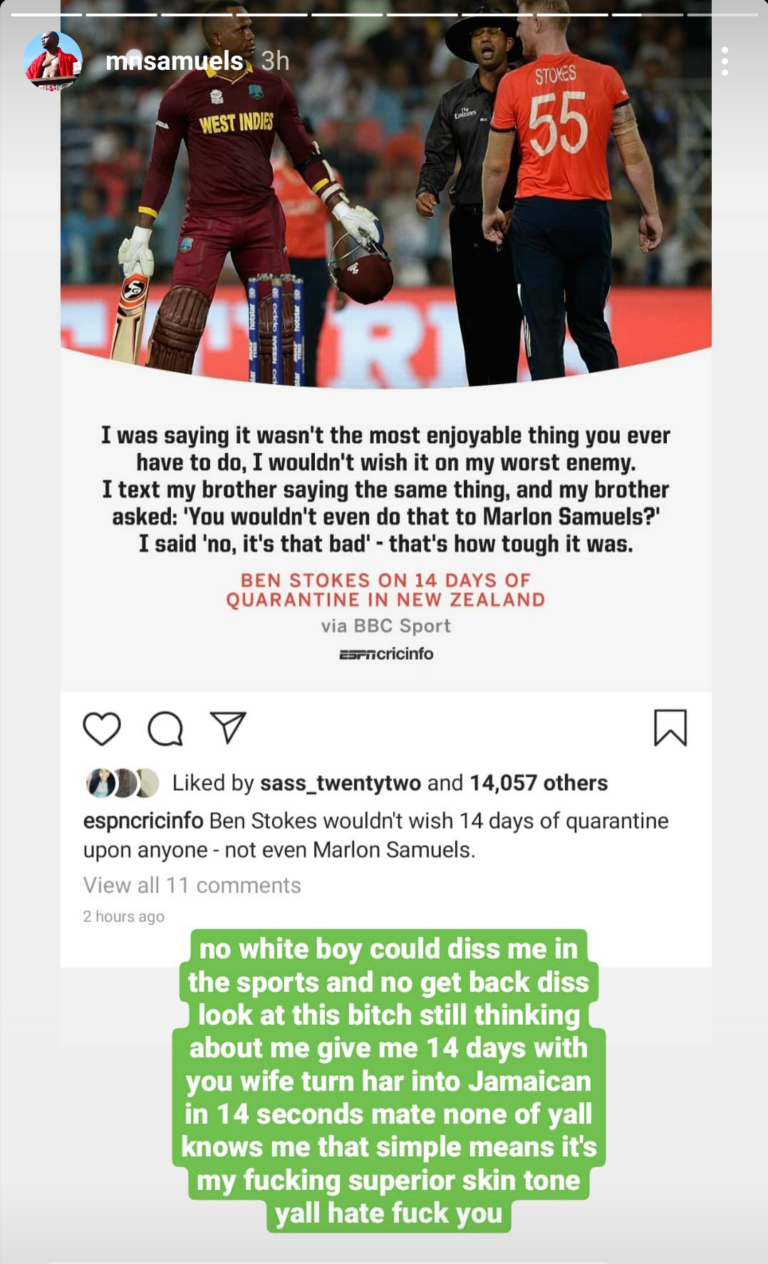 Shane Warne, West Indies Cricketers Part Of Samuels’ Abusive
Quite upset and unpleased with his name been mentioned by Ben Stokes, Marlon Samuels responded in rather unusual fashion. A series of abusive posts saw him mention Shane Warne and West Indies cricketers. Samuels’ comments were making news all over social media, and what seemed an aggravated reaction from the West Indian allrounder.