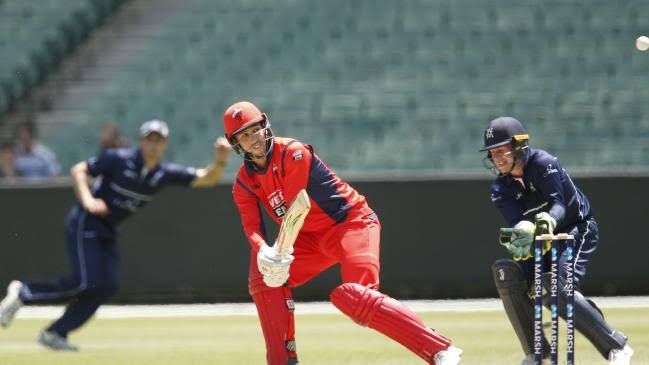 Marsh Cup 2019: Watch Tom Cooper Wins The Sledging Battle In Styles: The sledging battle between wicket-keeper and batsman is not a new thing. And fans love the moment whenever sledging arises on the cricket field. Cricketers also believed that sledging on the ground is a part of the game. Who can forget the hilarious sledging battle between Indian wicket-keeper batsman Rishabh Pant and Australian Tim Paine?

Meanwhile, during the 20th match of the ongoing Marsh Cup 2019, Victorian wicket-keeper Sam Harper involved in a cheeky sledge with South Australia’s batsman Tom Cooper. Tom Cooper has won the battle in styles as he completed the task given by wicketkeeper. Actually, during the South Australia’s innings, Sam Harper was speaking with Fox Cricket commentators Mark Howard and Andrew Symonds. Harper started a funny batter with the batsman Tom Cooper.

However, it all went wrong for the wicketkeeper as the batsman completed the task in styles. In the 43rd over of the innings, while Jonathan Merlo was bowling, Sam Harper started the funny battle.

“Ramp Coops?” Harper said as Cooper knuckled down to face the next ball.

It was then that Aussie cricket great Symonds suggested to Harper to, “Give him (Cooper) the old, ‘You won’t do it’”.

Harper was happy to oblige.

“You won’t do it, Coopsy,” he said as a smile began to appear on Cooper’s face.

The very next ball, Cooper drifted across his stumps in a pre-meditated decision and proceeded to execute a textbook ramp shot that popped up down the leg side and raced away to the fence for four.

Everyone including commentators got stunned. And after a few moments of silence Harper popped up again, to sum up, the hilarious exchange.