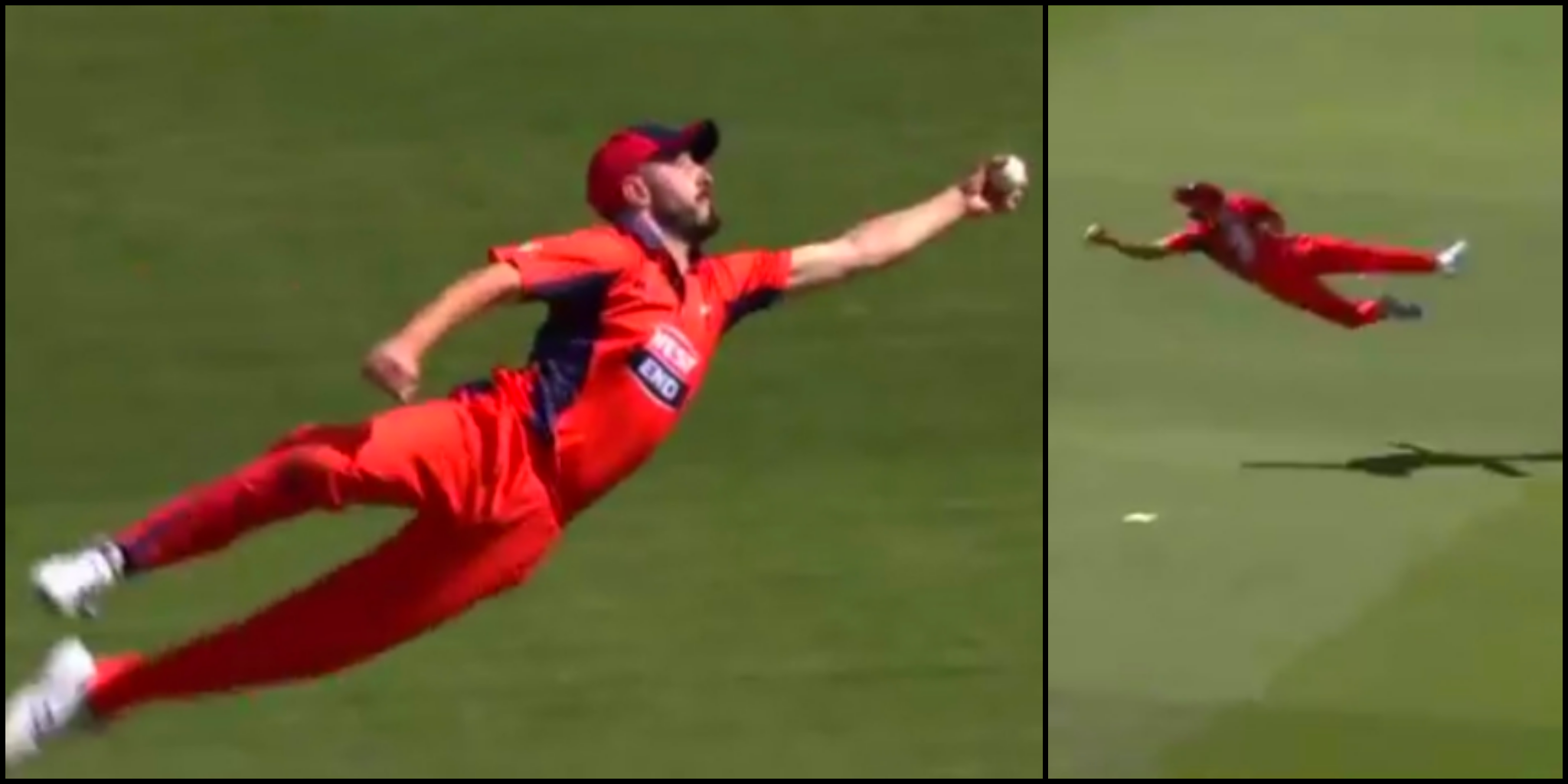 Alex Carey-led South Australia beat Peter Handscomb-led Victoria in 20th match of Australia’s domestic tournament Marsh One-day Cup. It was a thrilling match which every cricket fan wish to watch. In the close contest, South Australia won by 1 run. After batting first, South Australia set a target of 323 with the help of Callum Ferguson’s century and Tom Cooper’s unbeaten 81.

Victoria had a bad start during the chase as they lost their two wickets on 16 runs. However, Aaron Finch and skipper Peter Handscomb made a brilliant partnership of 147 runs for the 3rd wicket. Handscomb was heading towards the century but then Cameron Valente’s superman effort stopped him to do so.

Catch Of The Season In Marsh Cup

On the fifth ball of 28th over, Victoria skipper played a shot towards mid-off. The ball was out of the reach of Cameron Valente who was standing at that fielding position. But he ran towards the ball, at the right time pounced at the ball and grabbed it to get rid of the batsman. Peter Handscomb was in disbelief after seeing this effort. He fell 13 runs short of his century. Commentator Mark Howard said ‘you will not see a better catch than that’.

The wicket definitely swung the momentum back to the Redbacks. Aaron Finch lost his wicket after scoring 119 off 123 balls on 45th over. 12 runs were required to win the match in last over. But, Victoria could score 10 runs off the over and lost the match by 1 run.

However, both teams didn’t qualify for the final. It was South Australia and Victoria’s last match of the group stage and they finished the table at 3rd and 4th place respectively. Queensland and Australia have topped the table of this 6-team tournament. Both will face each other in the Marsh Cup Final on 26th November.