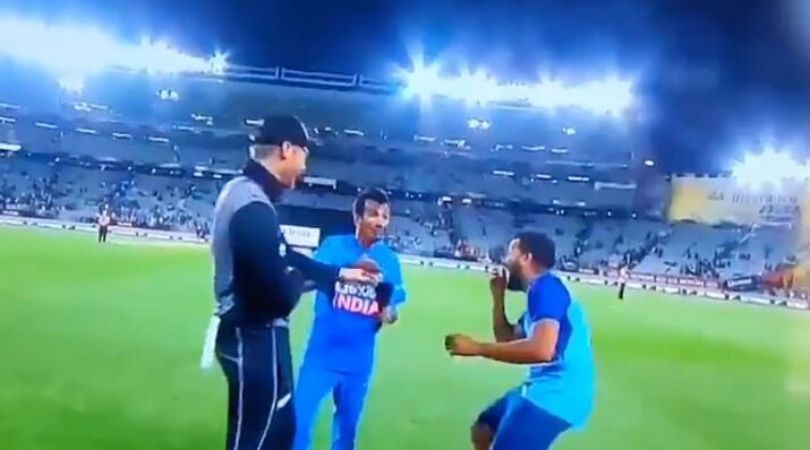 New Zealand could score 132 in 20 overs with Martin Guptill and Tim Seifert being their highest scorers with 33 runs each. Chasing 132 is bread and butter for the mighty Indian batting line-up. However, India didn’t have a good start as they Rohit Sharma departed in first over after scoring 8 runs.

Virat Kohli too lost his wicket when trying to play a flick shot. However, KL Rahul and Shreyas Iyer once again took India to a win comfortably. Rahul completed his second consecutive fifty while Iyer lost his wicket on 44 after making the things easy for the team. Shivam Dube finished the match with a maximum.

Yuzvendra Chahal who went wicketless on the day brought out his mic to host his post-match show ‘Chahal TV’. The leg-spinner caught in a hilarious moment during the live Teli-vision. When the Indian leggie went up to Martin Guptill to have a friendly chat, Guptill hilariously called him G*ndu which left the Rohit in splits who heard it clearly. The incident left netizens in splits and has triggered many memes.

As far as the series is concerned, India is taking a 2-0 lead. However, everything has not yet over for the hosts. There are 3 more matches to be played in the series and the Kiwi side will eye a comeback. But it will not be easy for them to beat the Indian side whose confidence has reached a peak.