Aussies would be loooking for a 3-0 clean sweep as they face England in the 3rd ODI on Tuesday. 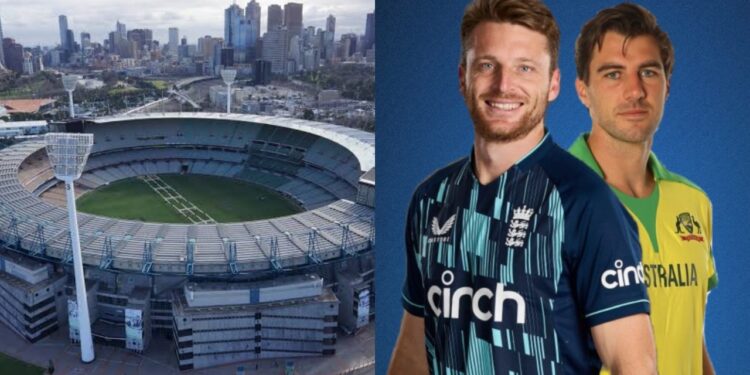 Australia and England are set to face each other in the 3rd & final ODI on the 22nd of November at the MCG. The hosts, after losing the T20 series against England last month, have responded strongly in ODIs and sealed the series already. Now, having the series already under their belt, the Australian side will be looking for a 3-0 whitewash against England. You can find ahead, the Pitch Report and the ODI records of the Melbourne Cricket Ground for the 3rd AUS vs ENG ODI.

While the English side would be going with all their main players in the last ODI, the Australian side might make some changes in the XI. Captain Pat Cummins, who was rested in the 2nd ODI, might return to the XI and rest Mitchell Starc for the dead rubber. The Aussies might as well make some other changes like bringing in Cameron Green in the place of David Warner. Sean Abbot could as well be brought in to replace Marcus Stoinis.

A total of 152 matches have been played at the MCG and the sides batting first and second have won an almost equal number of games.

The MCG uses drop-in pitches, and they generally tend to have an equal amount of assistance for both, the batters as well as the bowlers. Batters, after spending some time on the crease, can score runs at ease. The pacers find movement in the initial phases of the match and pick wickets upfront. The ground also has large boundaries which means the batters would have to put a little extra effort to score boundaries. The spinners can be lethal at this venue due to the large dimensions of the ground.

There is a forecast of cloudy weather in Melbourne on Tuesday hence the captains should be looking to chase here after winning the toss. Anything around 270 would be a good total at the MCG.