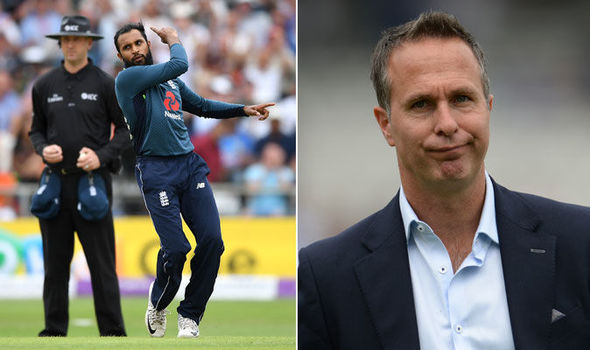 Eoin Morgan’s second-ranked English side completed a comprehensive drubbing over their South African hosts, as England took an unassailable 2-0 lead in the T20 series at Boland Park, Paarl.

It was a show of utter dominance from the red-clad men. Bowling first, England restricted their rivals to a below-par total of 146-runs. Leg-spinner Adil Rashid emerged as the chief architect of the English beatdown, starring with praiseworthy match-figures of 4-0-23-2. His double-whammies to Faf du Plessis and Reeza Hendricks arrived at a crucial time and were instrumental in keeping the Proteans run-scoring contained. Consequently, barring captain Quinton de Kock (30 off 18), no other batsman was able to surpass the 30-run mark.

The English chase, meanwhile, didn’t exactly get off to a most glamorous start, as they lost Jason Roy (14 off 19) within the power-play itself. Opposing leggie Tabraiz Shamsi also exploited the sluggish Paarl conditions well and sent Jos Buttler, Jonny Bairstow, and Ben Stokes back in rapid succession.

Thankfully, the tourists had the pedigree of Dawid Malan and the experience of Eoin Morgan to fall back to. The prolific Southpaw duo stitched a defining, 51-run fifth-wicket partnership that saw them cruise home comfortably.

But while Malan walked away as the MoTM, Rashid had some memorable individual accomplishments to be proud of. For starters, he became only the 7th England player to feature in over 50+ T20Is. But the true, cherry-on-top moment of glory arrived when he scalped his 51st wicket in the format; tying with Graeme ‘Altroz’ Swann as England’s third-highest wicket-taker in T20Is.

The internet community had much praise to bestow on Rashid and his stellar exhibition(s). Probably none more prominent than the one that came from former England skipper, Michael Vaughan. A few hours after Rashid had his name on the GOAT list, Michael made a tweet lauding the Yorkshire spinner. Additionally, he also had a few words of advice reserved for some Indian Premier League (IPL) franchises.

“How come Adil Rashid isn’t one of the highest-paid picks for the #IPL ?? Surely he should be #OnOn #SAvENG”, Michael tweeted.

How come Adil Rashid isn’t one of the highest paid picks for the #IPL ?? Surely he should be …. #OnOn #SAvENG