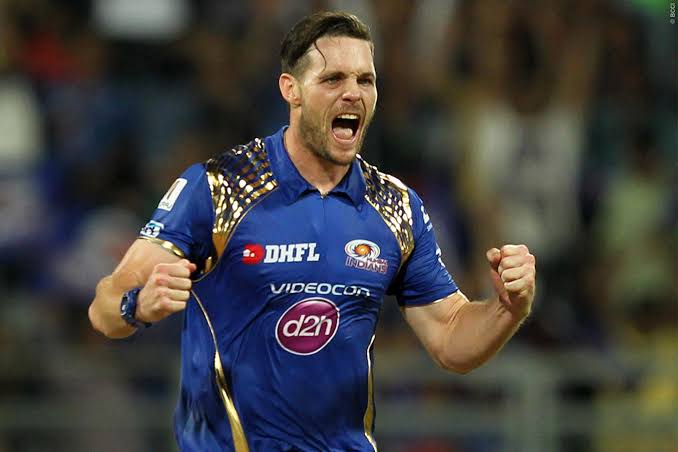 IPL 2020 is two months away from now and the verbal wars between the players have already begun. Mumbai Indians bowler Mitchell McClenaghan is one of the most active cricketers on social media who are known for their cheeky activities. On Sunday, after Shivam Dube conceded 32 runs in a single over, New Zealand pacer came up with a cheeky tweet.

In the 10th over of the innings, KL Rahul who was captaining in absence of Rohit Sharma gave Dube his first over of the innings. The kiwi wicket-keeper Tim Seifert and Ross Taylor went on to hit 4 sixes and 2 fours off the over. The over went as; 6, 6, 4, 1, NB4, 6, 6. Shivam Dube now holds the embarrassing record of most runs conceded by an Indian bowler in a single over in T20I.

Previously the record was held by Stuart Binny who conceded 32 runs vs West Indies in 2016. The most expensive over ever in T20I history was bowled by England’s Stuart Broad who conceded 36 runs against Yuvraj Singh in 2007 T20 World Cup.

New Zealand’s Mitchell McClenaghan went on to troll Dube for climbing up in the embarrassing stat. The pacer wrote, “Dube struggling in his super over.” However, a twitter user made a brilliant effort to troll back McCleneghan. He replied, “blackcaps always struggling” adding insult to injury as New Zealand team has always struggled in Super Overs.

Dube struggling in his super over. #NZvIND

I see your a kings XI fan so you feel the blackcaps pain https://t.co/eeYxt8FD33

However, Mitchell McCleneghan was quick to notice that the Twitter user was a KL Rahul and Kings XI Punjab fan. McClenaghan had the last laugh in the exchange as he hilariously trolled the fan. “I see your a kings XI fan so you feel the blackcaps pain,” wrote the pacer. We all are aware of the fact that Kings XI Punjab has always struggled in the IPL. After the 12 seasons, the franchise has not yet got their hands on the IPL trophy.