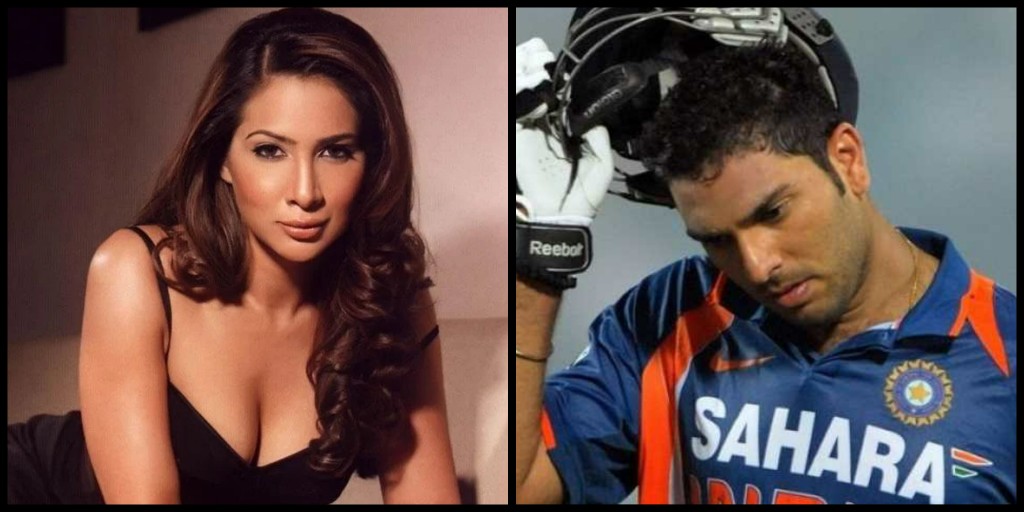 Yuvraj Singh has an invaluable contribution towards the Indian cricket. The all-rounder played a crucial role in lifting the T20 World Cup 2007 and 2011 World Cup. Due to his outstanding performances in ICC tournaments, Yuvi is considered a big tournament player.

It has been a year since Yuvraj Singh announced his retirement from international cricket. On 10 June, #MissYouYuvi became top trends on Twitter as the fans and cricket fraternity took to Twitter to remember the all-rounder’s contribution. Mohabbatein actress and ex-girlfriend of Yuvraj Singh, Kim Sharma also wished Yuvraj Singh.

Overwhelmed with the wishes Yuvraj thanked fans via social media post, “Dear fans. I am overwhelmed and full of gratitude. Cricket will always be my life just as each of you will always be an irreplaceable part of me,”

He also urged the citizens to follow the guidelines from the government to help in winning the war against COVID-19. Yuvraj added, “As responsible citizens, let’s continue to follow the gov’t instructions on COVID-19 and do our very best to help those in need,”

Reacting on the post, ex-girlfriend of Yuvraj Singh and Bollywood actress Kim Sharma hailed the southpaw as the greatest of all time. Kim wrote “G.O.A.T” in the comment section. Even after the couple have broken up, both are still good friends. 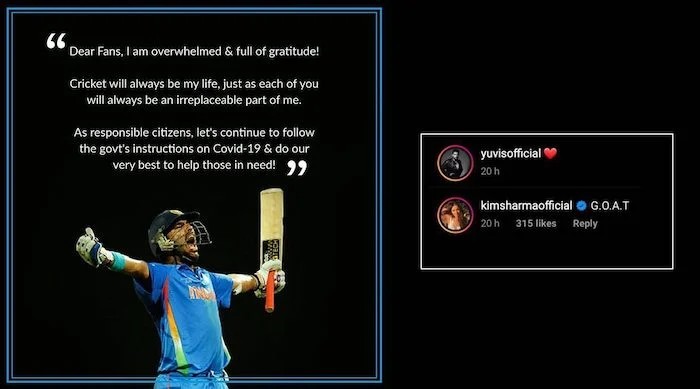 Kim Sharma was active in Bollywood from 2000 to 2010. She has worked in several films including Shah Rukh Khan starrer Mohabbatein. Yuvraj Singh dated Kim Sharma for four years before separating ways. However, both remain in touch, in fact, Hazel Keech, wife of Yuvraj Singh is also a good friend with Mohabbatein actress. Yuvraj, Keech and Kim even parties together.