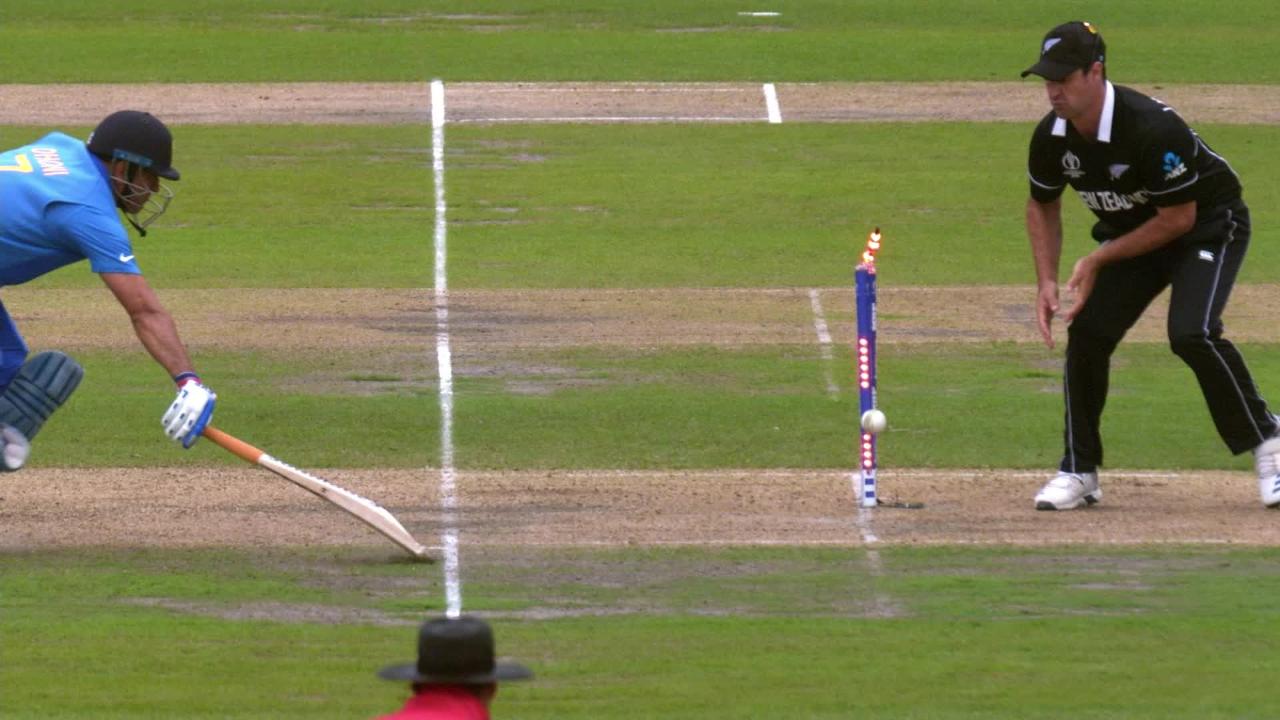 MS Dhoni Breaks His Silence On Heart Breaking Run Out In World Cup 2019 Semi-Finals: The hearts of million Indian fans remained broken on July 9 when MS Dhoni got run out in the ICC World Cup 2019 semifinals. While chasing the target of 240 in the World Cup Semi-Final match, India had lost early 4 wickets and Team India was in trouble when Dhoni and Jadeja joined the middle. Thereafter both players brought the game forward, however, they couldn’t make the team to the final.

In the final two overs, Team India was needed of another 31 runs to win the match. And off the very first ball of the second last over, MS hits it to the six and made it clear to the fans that match is still under Indian control. But off the third delivery of the over, MS Dhoni backed himself to get two runs. On any other day, he would’ve comfortably made it to the crease. However, Martin Guptill had other ideas. He came running to collect the ball and affected the direct hit to leave India’s best finisher two inches short of his crease.

Dhoni’s run out in the semi-finals was the heartbreaking moment for the millions of Indian fans. The veteran wicket-keeper batsman looked disappointed while getting back to the Pavillion. The disappointment and pain were clearly visible on his face. Since after the ICC World 2019, Dhoni is continuously making himself unavailable for the Indian team. And no one knows what Dhoni is actually thinking and why he is doing so.

On the other hand, fans are eagerly waiting for Dhoni’s action for the once again. However, still, there is no update from him or any other team management official about Dhoni’s future with team India.

MS Dhoni who is making himself continuously unavailable from Team India, recently, spoked to India today about his heartbreaking run out in the World Cup Semi-Finals. Actually, Dhoni said that he is still regretting of that incident. He thinks that he should have dived in order to complete that run.

MSD is one of the finest runners between the wickets and he rarely gets run-out. And we also know that in his entire career he has hardly dived to complete the run. But MS Dhoni himself thinks that he should have dived in the world cup semi-finals.