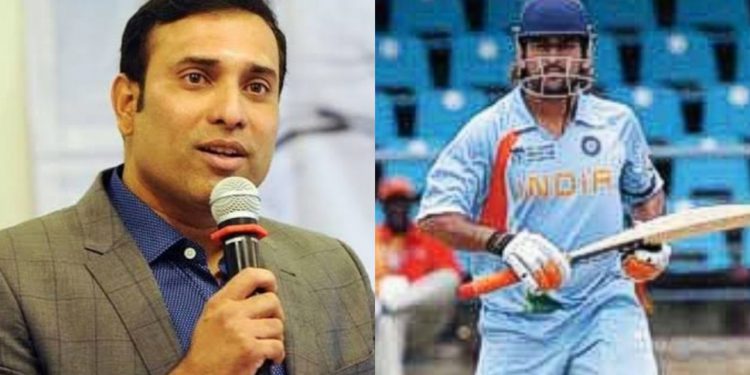 The MS Dhoni era in Test cricket ended in 2014 as the legend bid adieu to the longest format of the game midway through the Border-Gavaskar Trophy. Considering that the series still had a match left, his sudden announcement of retirement raised many eyebrows.

In the Test career that spanned 9 years, Dhoni scored 4876 runs at an average of 38.1 with highest score of 224 coming against Australia. Debuting in a game against Sri Lanka, Dhoni showed grit and determination and played a 30-run knock. Since then, he has been part of 90 Test matches.

Not many know about an incident shared by another batting great of India VVS Laxman. The cricketer-turned-commentator took us back to 2006 when Dhoni jokingly talked about ending his Test career on a high note. After scoring his maiden Test hundred against Pakistan, the Jharkhand-born cricketer jovially announced his retirement.

“I still remember him coming back into the dressing room (after his maiden Test ton, versus Pakistan in Faisalabad in 2006) and loudly saying ‘I am going to announce my retirement – MS Dhoni, mai hundred maara Test cricket mein, bas yaar [I, MS Dhoni, have hit a century in Test cricket that’s it!]. I don’t want anything more from Test cricket!’ And we were shocked and surprised to hear that. But that’s what MS Dhoni always was,” Laxman was quoted as saying on Star Sports

Definitely, Dhoni’s words then did not mean much as he went to achieve more in his Test career. Coming into the role of India’s Test skipper in 2008, Dhoni led his side to great heights. Under his leadership, India gained the no.1 position in the ICC Test rankings for the first time.

Dhoni is now fully retired from International cricket. However, he is still very much active in the Indian Premier League and will be seen leading Chennai Super Kings in the upcoming season of the tournament.