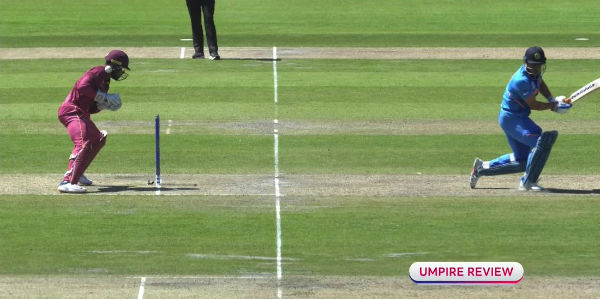 MS Dhoni getting stump-out is one of the rarest sites we can see on the cricket field. He rarely misses any ball whenever he steps out of the crease. But, today Windies spinner Fabian Allen almost netted the Indian finisher but Shai Hope’s mistake saved Dhoni from getting out. Shai Hope missed an easy stumping of Dhoni when he was yards out of the crease.

Read: Yuvraj Singh likely to play in the T20 slam

The former Indian skipper was tripping middle of the wickets and 25-year old wicket-keeper had enough time that he could stump him easily. But, Shai Hope failed to grab the ball on the first attempt. Although he still had time to stump but could not gather the ball properly and missed the stump. MS Dhoni got enough time to look back and returned to the crease and then between the mixup created by Shai Hope, he stole one run with Virat Kohli.

Finish Of MS Dhoni After Escaping From Shai Hope

However, Dhoni returned to the pavilion after playing unbeaten innings of 56 runs off 61 runs. This is Dhoni’s 72nd one-day international fifty. With this fifty veteran keeper batsman became the joint 3rd Indian with most ODI fifties. After Virat Kohli’s departure, Dhoni and Pandya built a 70-run partnership. Dhoni alone aggregated 16 runs off the last over which helped India to reach 267.

Meanwhile, skipper Virat Kohli got his 4th successive fifty in the 2019 world cup. Also, during this innings, he became the fastest player to complete 20,000 runs in international cricket. Kohli took 417 innings while Sachin Tendulkar and Brian Lara both had taken 453 innings to reach the same landmark.

The 30-year old batsman is the 3rd Indian after Sachin Tendulkar and Rahul Dravid to go past 20,000 international runs. Overall, Virat is the 12th batsman to reach the milestone.

After scoring 267, India easily beat West Indies and with this loss hopes of Windies of making their way to the semi-finals are now ended. On the other hand, India is unbeaten in the tournament so far. India has played five matches and has won all five while one match against New Zealand was washed out. 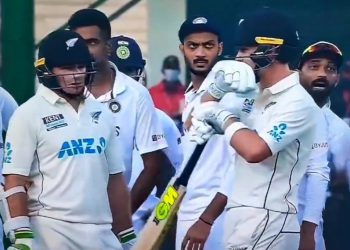 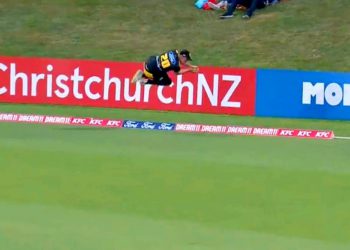 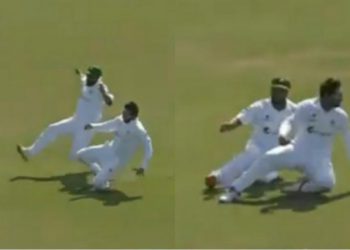 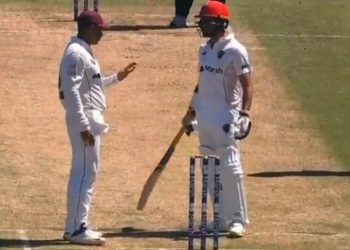