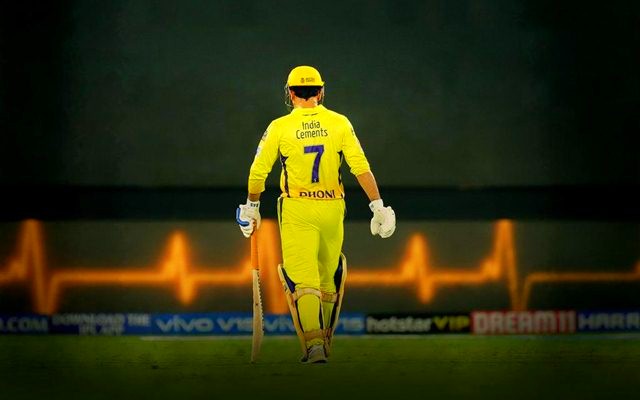 It has been 4 months that MS Dhoni has played his last match. Fans are craving to see the former Indian skipper back in the action. However, no one knows what’s going on his mind as he is repeatedly making himself unavailable to be get picked in the Indian squad. Now fans have to wait for the next year to see Dhoni on the cricket field as he will again miss upcoming T20 and ODI series vs West Indies in December.

Recently, the IPL franchise Chennai Super Kings retained their skipper and other 18 players for the upcoming season. It is believed that IPL 2020 will be MS Dhoni’s first appearance since the World Cup. However, there are talks of MS Dhoni’s inclusion in Asia XI team who will play two T20 matches against World XI at Bangladesh in March 2020.

Amid this, CSK has given great news regarding Dhoni. According to well-placed sources, the former India captain has told his franchise owners that he will play the 2021 edition of the IPL as well.

A CSK source told Times Of India, “There will be a big auction before the 2021 IPL and Dhoni has already told us that he will play the tournament. So there’s no question of his retirement from the T20 version anytime soon,”

CSK is retaining Dhoni for 15 crores since IPL 2018. There will be a mega auction for the 2021 season and each franchise can retain only 3 players from their squad. Before 2018 mega auction, CSK had retained Dhoni, Suresh Raina and Ravindra Jadeja. But 38-year old keeper doesn’t want CSK to retain him for the 14th season of IPL in 2021.

By doing this Dhoni wants to save franchise’s money for the auction. A source told about the Dhoni’s proposal to CSK management, “He wants to go back to the auction pool for the big auction that will take place ahead of the 2021 season. That will give CSK the option of using the Right-to-Match card to pick him, maybe for a lower price. Being the captain he is, Dhoni is ready to sacrifice money for the CSK cause,”

But the CSK management has told their captain that he may well be retained. “We know what Dhoni means to us. We may not let him go back to the auction pool,” it was told.