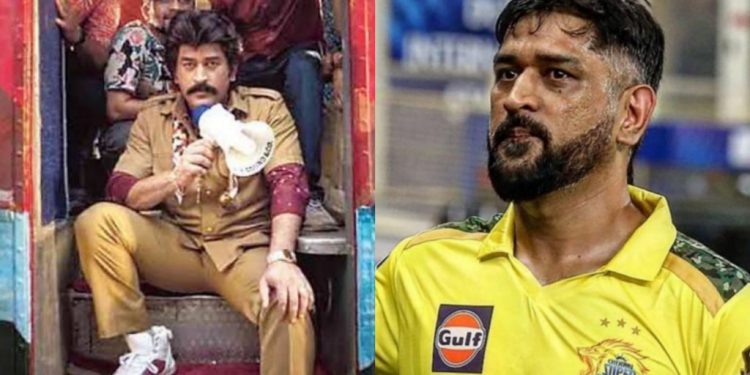 Former India and Chennai Super Kings captain MS Dhoni’s promotional advertisement for the Indian Premier League 2022 has been withdrawn by the Advertising Standard Council of India (ASCI) with immediate effect. This has made by the council after an official complaint was filed against this by the road safety organisation.

However, the advertisement has gained traction among the masses ever since it came on air. In the promo, MS Dhoni can be seen portraying the character of a bus conductor who stops the vehicle in the middle of the road to watch a “Super over” of an IPL game. As the promo progresses, a traffic policeman comes to enquire about why the bus has been stopped in the middle to which the bus conductor says – “Super over chal rha hai” which roughly translates to – “Super over is going on”.

When it's the #TATAIPL, fans can go to any extent to catch the action – kyunki #YehAbNormalHai!

What are you expecting from the new season?@StarSportsIndia | @disneyplus pic.twitter.com/WPMZrbQ9sd

However, the traffic policeman treats it as a normal incident after hearing the bus conductor. But, that did not go down well with the Consumer Unity and Trust Society. ASCI has taken note of this and has asked the marketing company to either change the ad or take it off completely by 20th April as well. The company has agreed to withdraw the promo with immediate effect too as well.

As far as CSK’s performance is concerned in the ongoing season, they are currently at the eighth spot in the points table with 3 defeats in as many matches. Although MS Dhoni has been doing good with the bat, he also failed to finish the chase in their last game against Punjab Kings (PBKS).

After the loss, Ravindra Jadeja said: “We lost too many wickets in the powerplay, we didn’t find the momentum from ball one. We need to find a way to get better and come back stronger. (On Gaikwad) We need to give him confidence, we need to back him, we all know that he’s a very good player. We’ll definitely back him and I am sure that he’ll come good. He (Dube) has been batting so well, he batted well today, keeping him in a good frame of mind would be the key. Definitely we’ll try our best, work hard and come back stronger.”