MS Dhoni’s reaction makes the umpire to change his decision 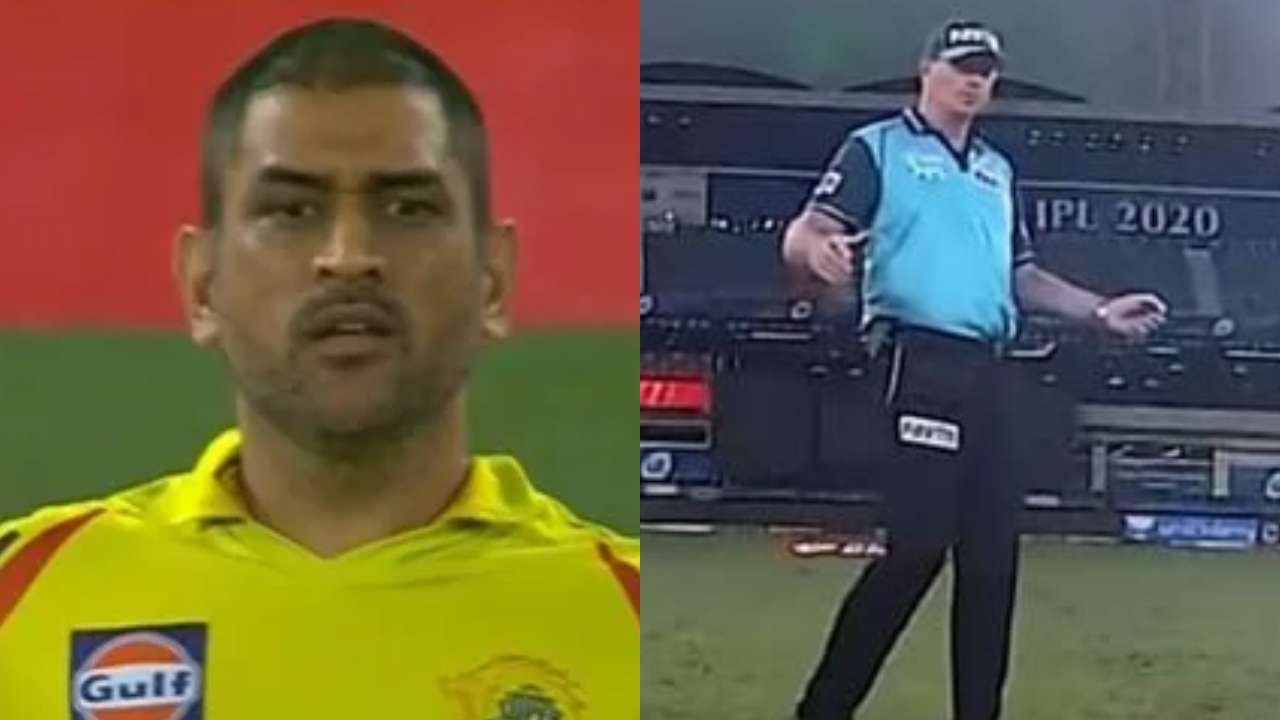 Chennai Super Kings came back to winning ways in their match against Sunrisers Hyderabad on Tuesday. A combined effort from the team ensured that they are still in the race to playoffs. The team would be very happy getting these two crucial points. However, apart from this win, MS Dhoni also caught the attention of the viewers with his reaction.

Sunrisers gave a tough fight to CSK, however at the end they had lost too many wickets to pull the match off. They were in the game till the end as Rashid Khan kept fighting a lone battle hitting 14 runs off the 18th over, after the set Williamson got out. Shardul Thakur was given the 19th over and what transpired in this over was bizarre.

Thakur gave 2 runs on the first ball of the over and then bowled a wide. He followed it with another delivery outside the tramline which should definitely be a wide but it didn’t happen in this case. The umpire was about to stretch his arms wide, but Dhoni got angry and this made the umpire change his mind and not give it a wide.

David Warner was clearly not happy as he showed his disagreement to the incident. Though things were fine afterwards, the umpire withdrawing his decision surely created a controversy. It makes the incident more interesting that the withdrawal of the decision came after the angry reaction from MS Dhoni and the bowler.

The first half of the tournament is over with each team playing 7 games and the game between CSK and SRH was the beginning of the second half of the league. CSK with six points are now at the sixth position on the points table. They will have to continue winning games from here on, if they want to make it to the playoffs.